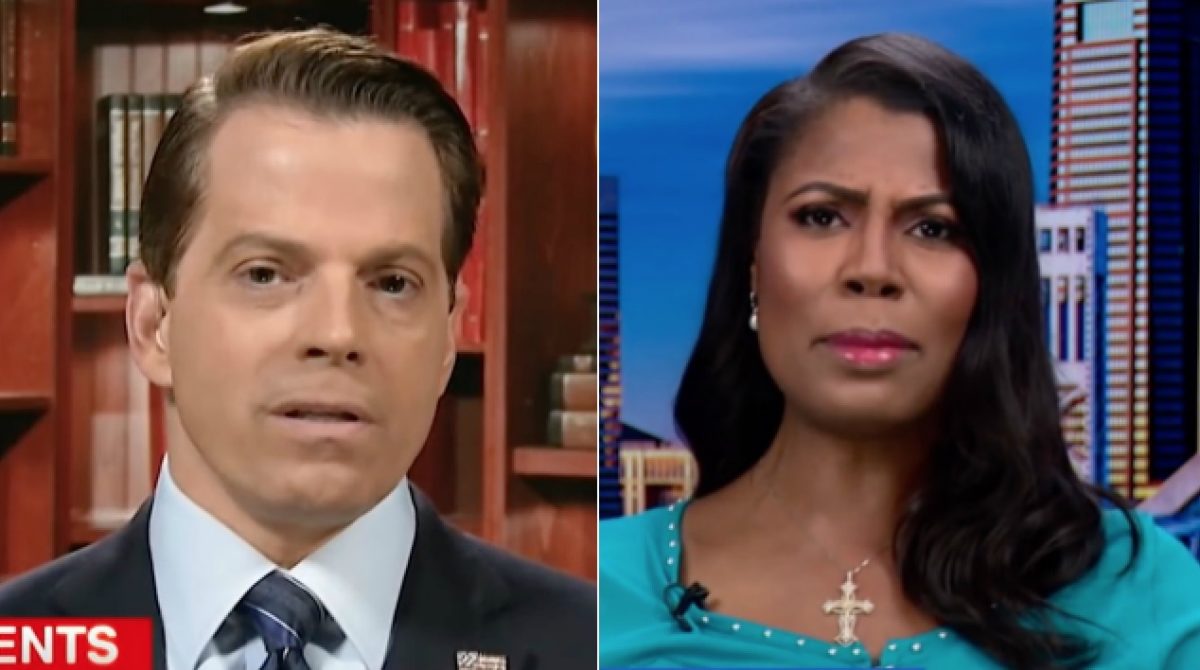 MSNBC announced that Anthony Scaramucci and Omarosa Manigault-Newman will be the headliners for an upcoming installment of Hardball, and the universe has responded with a collective sense of dread.

Chris Matthews’ social media team announced on Twitter that the former communications directors for the White House and the Office of Public Liaison will both be joining him on Friday. The discussion will presumably revolve around how Omarosa and The Mooch shared the experience of supporting President Donald Trump before eventually turning against him.

A common argument among Manigault’s and Scaramucci’s critics is that both individuals are publicity-seekers who’ve looked for ways to stay in the limelight ever since their departures from the Trump Administration. Political observers also frequently question whether either of them ever provides real insight into the issues of the day, and so, there’s a lot of people asking why MSNBC thinks having them on together has journalistic merit:

Journalism is failing you. https://t.co/c9RCdiCBYg

The media asks itsself how can we avoid making the mistakes of 2016?

Do you ever think about death. https://t.co/sxbWA7o8B2

This is embarrassing, even for @MSNBC. https://t.co/uM5mxcc9GA

Every one of us should be forced to watch every last second of this so we can truly comprehend what we have done. We did this. https://t.co/c47YMjoeMx

Pretty sure you can’t have a show called hardball and then invite two tabloid celebs on and still call it hardball https://t.co/S6DKKWbtBl

What, were Kid Rock and Zippy the Pinhead not available? https://t.co/f9zOjrjNTB

The great race to the bottom. https://t.co/TkHGwH9V5a

Why wld anyone ever ask these 2 anything. At all. "Grifters! 2nite on Hardball!" They prob hv merch. I could book this show n I'm not a booker. #grifters #msnbc https://t.co/KMDrAdy5Co