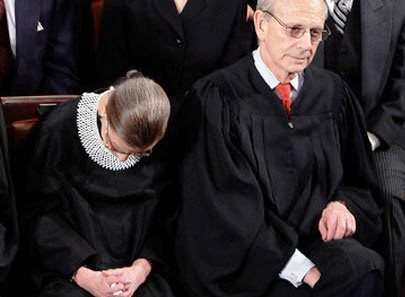 The State of the Union is one of the highest-rated television programs of the year. But thanks to more options on the tube, pad or phone…along with a growing disdain for all-things DC (President, Congress…doesn’t matter), viewers at home are tuning out more and more.

Last year, President Obama’s speech was watched by 33.5 million people despite being on 14 different networks. For context, that’s only half the number of people who watched Bill Clinton’s SOTU in 1993…when the address was only seen on seven networks. For those into pop culture comparisons, Mr. Obama’s 2013 speech was 43 million viewers short of NBC’s Seinfeld finale (which still makes me angry for sucking as badly as it did and ending the greatest series of all-time on such a craptastic note…but that’s a column for another time) and seven million short of the last year’s Oscars (airing on only one network, ABC).

Perhaps the declining interest is because of the repetition of the whole spectacle. You know the drill: President enters (doesn’t matter if it’s a Democrat or Republican) and has that “Wow! I can’t believe you made it!” expression when glad-handing attendees along the way. This is followed by breathless, hyperbolic predictions of the usual pundits off-screen, who will not focus on, you know…the actual state of our union that impacts the daily lives of people at home (economy, health care, foreign policy, jobs, etc.) but instead focuses strictly on the President and what it means to his image: Can he improve his poll numbers? Will this speech turn things around? Can he use this stage to regain the trust he’s lost of some Americans?

Then there’s the speech itself, which can last anywhere from 1 hour and 24 minutes (Bill Clinton, 1995) to 28 minutes, 55 seconds (Nixon in ’72). Mr. Obama’s average address time is on the high end thus far (going approximately 1 hour and three minutes), while Jimmy Carter preferred to keep matters short (wonder why?), clocking in at an average of 35 minutes, 26 seconds.

Reagan to Carter: “There you go again…”

Biden cackling after every other word Paul Ryan uttered in 2012.

But the State of the Union? You’d be hard-pressed to count on one hand how many notable moments there’s been (from the podium, anyway) since they began being televised back in 1966 (LBJ).

Sure, there was Bill Clinton’s declaration that “the era of big government is over.” In 2009, there was GOP Congressman Joe Wilson shouting “You Lie!” to Obama in the middle of his pseudo-SOTU (it looked like an official SOTU, but was actually a joint session of Congress). And President Bush outlined his world view in 2002, which included actually naming U.S. ally Iran as part of an “axis of evil” along with North Korea and Iraq (for those just joining us today, MSNBC’s Andrea Mitchell stated Iran was “more or less an American ally” as late as 2002. Someone better tell Ben Affleck re-edit Argo).

But mostly, the SOTU is a study of what’s happening with the eyes of the attendees. Nancy Pelosi blinked her way to infamy in 2007 (41 times in 30 seconds, according to a skit on The Colbert Report). John McCain apparently fell asleep (or was resting his eyes) during the same speech (Bush 43). Ruth Bader Ginsberg dozed off during last year’s SOTU (from experience, Red Bull and Reese’s Minis can be extremely effective in avoiding such a scenario).

The State of the Union address will dominate your free TV channels and cable news networks tonight.

The analysis before and after will be plentiful.

But there’s a reason why fewer and fewer people are tuning in.

Only to be forgotten in 24 hours.