Thursday Cable Ratings: The Seventies #1 in Demo and Total on CNN 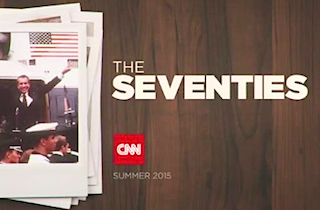 The fourth episode of the documentary series The Seventies was the highest-rated show across CNN’s schedule on Thursday with 266K viewers in the 25-54 demo and 681K total viewers.

In its time slot, The Seventies came in second place in the demo behind Fox’s The Kelly File (422K) and ahead of MSNBC’s The Rachel Maddow Show (171K). However, in total viewers, it came in third place with Megyn Kelly leading the way with 2.240M and Rachel Maddow in second with 990K.