Trump Attributes Fake Quote to Federalist Writer, Who is Such a Shill He Doesn’t Care (UPDATED) 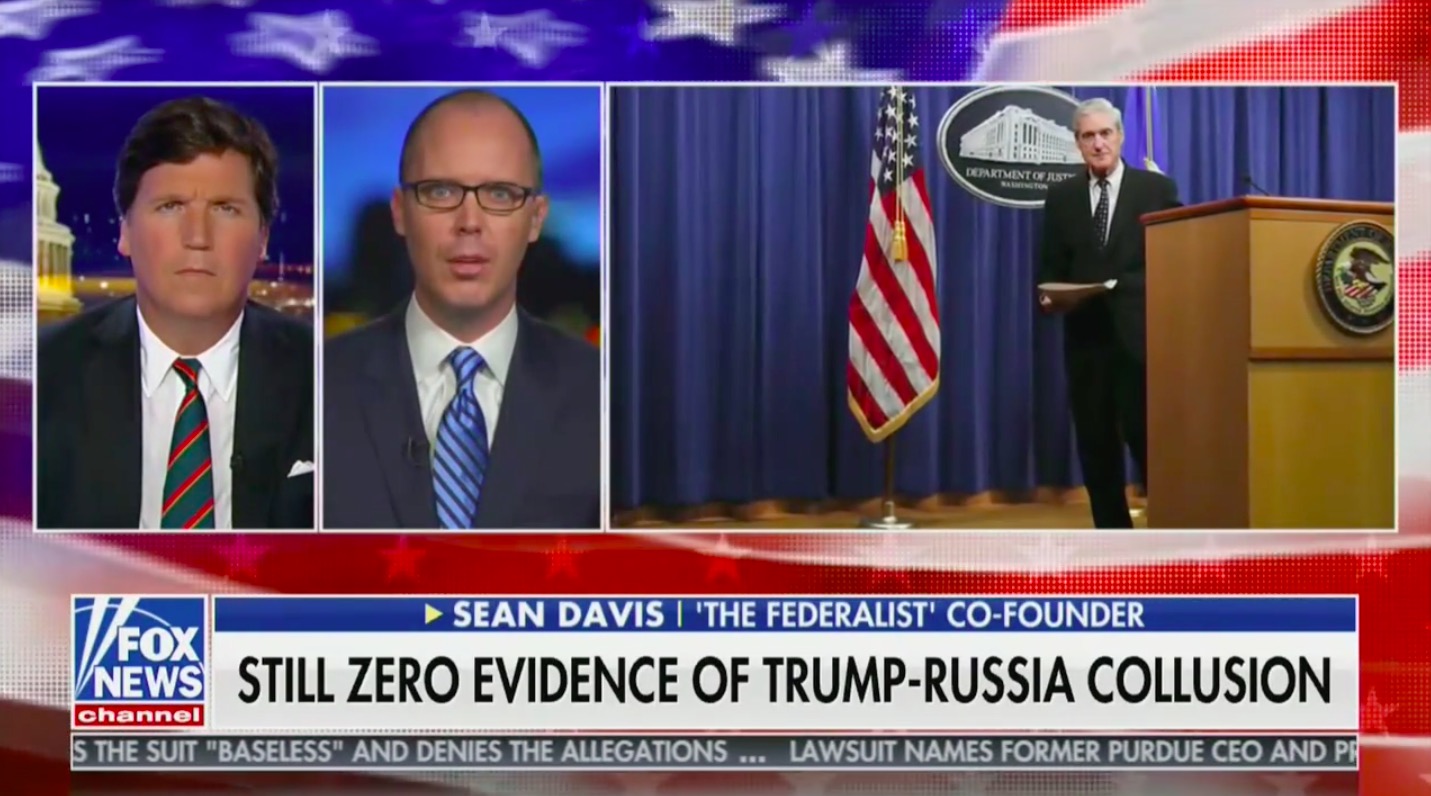 The quote was attributed to Sean Davis, a writer at The Federalist who appeared on Carlson’s show to criticize Robert Mueller for his press conference this week.

Weirdly enough, Davis never said that quote on Carlson’s show. As it turns out, Trump just cobbled together a series of Fox’s chyrons from the segment to fabricate a quote he attributed to Davis.

If you thought Davis would take issue with the president of the United States fabricating a quote and attributing it to him, you don’t know The Federalist. Davis celebrated Trump’s made up quote with a retweet:

When a Media Matters editor pointed out that Trump invented the quote, Davis responded, claiming the president was actually quoting an article he wrote on the subject.

Actually, both the president and Fox quoted the headline of a lengthy article I wrote on Mueller’s press conference, which I was invited to discuss on Fox on Thursday. This isn’t hard. https://t.co/gFKSHkEH9a

Davis is correct that the first part of Trump’s Franken-Quote is inspired by his headline, which was used in a Fox News chyron. But the rest of the quote — “Still ZERO evidence of Trump-Russia Collusion, and no new evidence from Mueller” — is pulled directly from Fox News chyrons.

Mediaite reached out to Davis to confirm that he does not care about the president making up quotes and attributing them to him. He did not respond.

UPDATE 2:29 p.m. EST: Davis stood by the president’s made up quote in an email to Mediaite:

“The president accurately quoted the headline of an article I wrote, you’re a clown for having a temper tantrum over this, and I’m so sorry this is happening to you.”