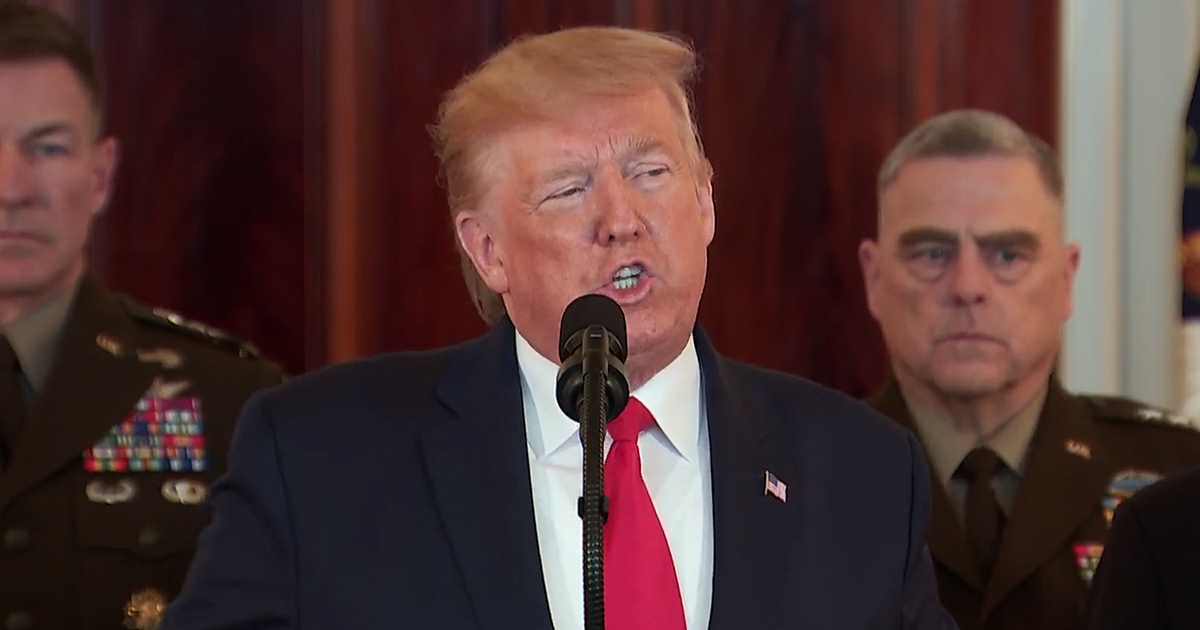 President Donald Trump joined the political dog-pile on Mike Bloomberg’s recently unearthed remarks about the controversial stop and frisk policy he inherited, and continued, as mayor of New York City.

The former New York City mayor faced condemnation over the unearthed audio in which he defended stop and frisk by saying cities need to send cops to minority neighborhoods “because that’s where all the crime is. And the way you get the guns out of the kids’ hands is to throw them up against the wall and frisk them.”

Critics are calling the remarks evidence of Bloomberg’s racist views about criminal justice and law enforcement, and Trump joined in:

Trump has deleted the tweet, but here’s a screenshot: 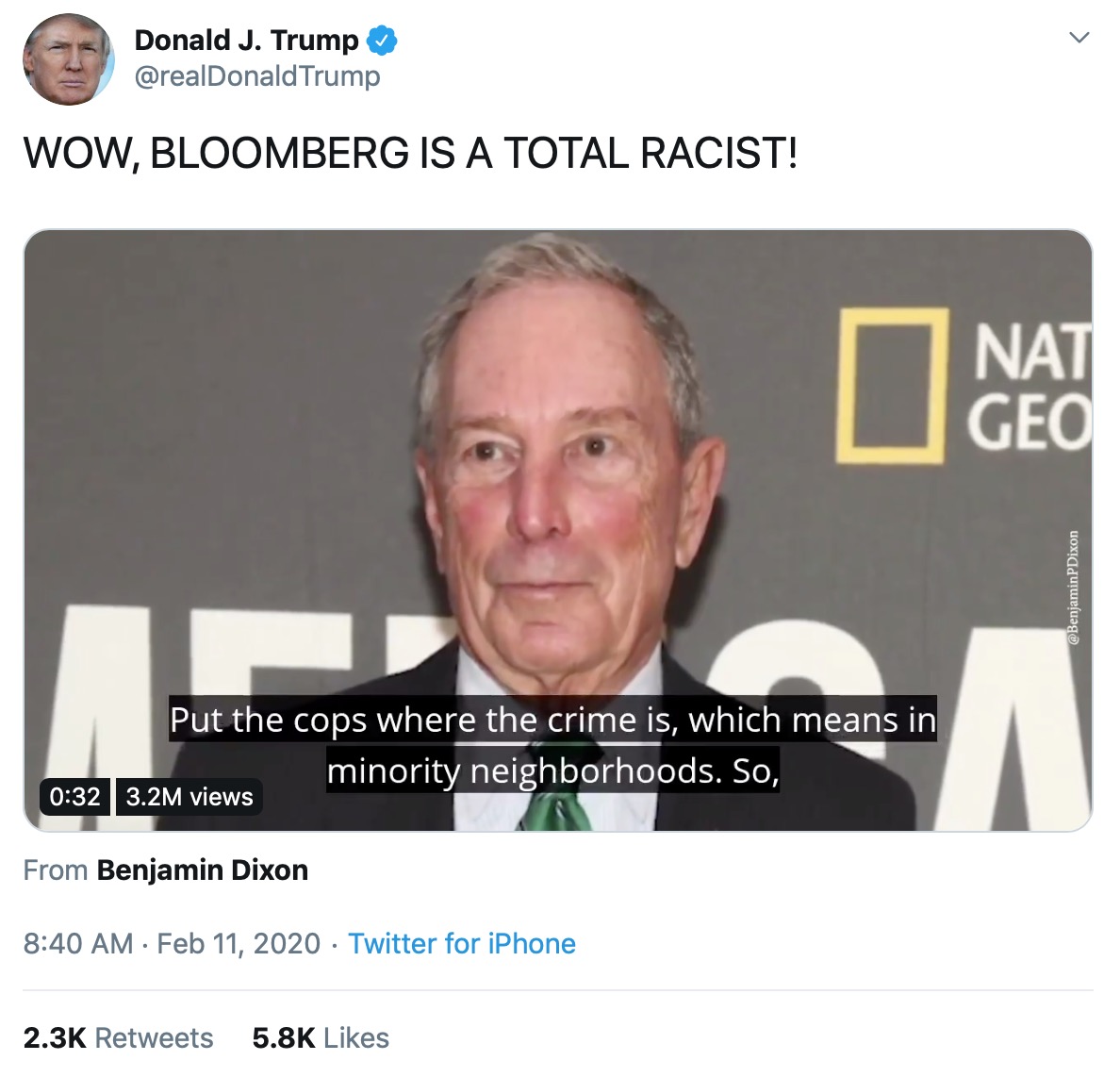 This comes from the president who refuses to apologize for demanding the executions of the Central Park Five, refers to illegal immigrants as an “invasion” of rapists and criminals, spent years pushing the “birtherism” lie against former president Barack Obama, told four American congresswomen to “go back” to the countries they came from, said a judge couldn’t preside over a lawsuit against him because he’s “Mexican,” and engaged in racial demagoguery throughout his political life.

There’s just one little problem with this…

Donald J. Trump in 2016: “I would do stop-and-frisk. I think you have to. We did it in New York, it worked incredibly well and you have to be proactive and, you know, you really help people sort of change their mind automatically,” https://t.co/gVl6iz8vXA