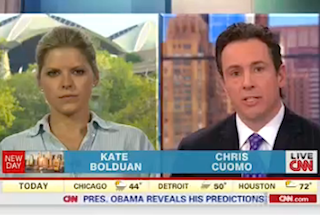 For the second night in a row, Fox News was on top through the full prime time schedule in the demo and total, though CNN made gains starting at 11pm when news regarding a possible break in the missing plane story out of Australia began to take shape. By the midnight hour, CNN was averaging 446K in the demo and 1.130M total viewers to Fox’s 357K and 1.062M.