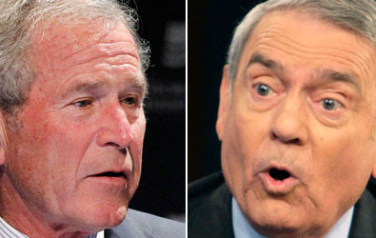 When you look back at the best movies about the TV news business of all time–the non-comedies not involving Sex Panther cologne and two tickets to the gun show–my top three is not debatable:

1. The Insider (which takes the top spot by a country mile)

Good Night and The Insider have one big thing in common: Both provide a revealing look behind the scenes at CBS News, albeit in much different eras: Murrow as host of See it Now, which primarily tackled controversial issues and is best known for its takedown of Senator Joseph McCarthy, and Al Pacino as 60 Minutes producer Lowell Bergman chasing down a whistleblower story on big tobacco. The latter hits a crescendo when CBS network brass orders the story be shelved by 60 Minutes due to threats of a huge lawsuit at a time when Westinghouse is negotiating to buy the network. Consequently, CBS News execs cave, the whistle blower (Jeff Wigand/Russell Crowe) is left twisting in the wind and Bergman’s greatest asset — his credibility — is compromised.

Upon learning the news, Bergman confronts Mike Wallace (played by the great Christopher Plummer in arguably his best work) and wants to know why he won’t join the fight against the network to get the piece on the air. His answer?

“I’m going to resign in protest to force it on the air? The answer’s no. I don’t plan to spend the end of my days wandering in the wilderness of National Public Radio.”

Wallace — arguably the toughest interviewer ever who specialized in getting that gotcha moment better than anyone before his passing and since — later conceded he, along with the network as a whole, could have handled the tobacco story better (60 Minutes would eventually air the story). Yet upon his passing two years ago, Wallace’s legacy, his reputation, was still held in the highest regard. The Insider was a blemish, but an almost undetectable one because he admitted a mistake. When you’re in the business for 60 years and do hundreds of sensitive stories as Mike Wallace did throughout his career, you’re allowed a mulligan.

Speaking of days of wandering in the wilderness, Dan Rather just got a movie based on his relevance-ending 60 Minutes/Bush National Guard service report, Truth, greenlighted. Word is Robert Redford will play the former CBS reporter and anchor, with Cate Blanchett as Rather’s 60 Minutes producer, Mary Mapes.

For those who need a refresher course on the end of Rather’s career at CBS, here’s the short version: Days before the 2004 presidential election (George W. Bush–John Kerry), Rather dropped a huge bombshell around Bush’s military service (or according to Rather, lack thereof). With the close election later coming down to Bush’s victory in Ohio, a 60 Minutes piece stating a sitting Commander-in-Chief lied about his military service could have meant a President Kerry. But it was quickly revealed the whole foundation of the Rather and Mapes report was based on documents proven to be fabricated. Phonies. Not real.

But Rather was and still is steadfast despite overwhelming evidence to the contrary, stating the docs in question were “fake, but accurate.”

Based on that fascinating argument, Rather would go on to file a $70 million lawsuit against CBS. You’ll never guess who isn’t $70 million dollars richer today, as it was basically laughed out of court. Mapes would go on to write a book only friends and relatives bought documenting (for whatever that’s worth) the whole episode.

Since his CBS days — now over eight years ago — Rather has been wandering around with various guest appearances on the now-cancelled Chris Matthews Show and hosting a weekly show on something called HDNet, among other duties. He’ll pop up on CNN here, go on MSNBC there to opine on whatever is hot that day, that week. And whenever he’s asked about the Bush National Guard story, he still maintains that “fake, but accurate” is somehow still the truth, bashing his former network of 44 years and ex-bosses along the way. And it’s sad to watch given all the fine work he once did for CBS dating back to his days in harm’s way while covering Vietnam on the front lines.

Note: It’s not the first time he’s twisted the facts after getting caught in a lie. Back in 2001, and this one is truly a doozy, Rather — a network anchor at the time who was supposed to be free of any bias or party connection — was the featured speaker at a Democratic party fundraiser in Austin. Here’s where it gets comical: The official host of said fundraiser was Rather’s daughter, Robin. The punchline: Rather claimed he didn’t know that his daughter was also a host… didn’t realize the night was a partisan event. Upon realizing just how ridiculous this explanation sounded, he later admitted he understood what was going on after he got inside. But instead of declining to speak, he went ahead and did it anyway.

And that’s all you need to know about Dan Rather’s credibility in the later stages of his career.

So Truth will premiere next April. Will audiences have a change of heart on Rather? Probably not. You can’t judge what you don’t see. Despite Redford in the lead–which would have actually meant something last century–rest assured this flick will bomb faster than you can say Lions for Lambs.

No matter: Rather will be booked by the usual cable news shows, which will treat him as a hero just trying to get the real, real (real) story about Bush 43 finally out.

You see, Bush was wrong and Rather was right despite all the evidence to the contrary.

Dan Rather has been clinging to that notion for almost a decade now.

For obvious reasons, it’s why he’ll never be mentioned in the same breath as a Murrow, as a Wallace.

And why he continues to wander around the wilderness…