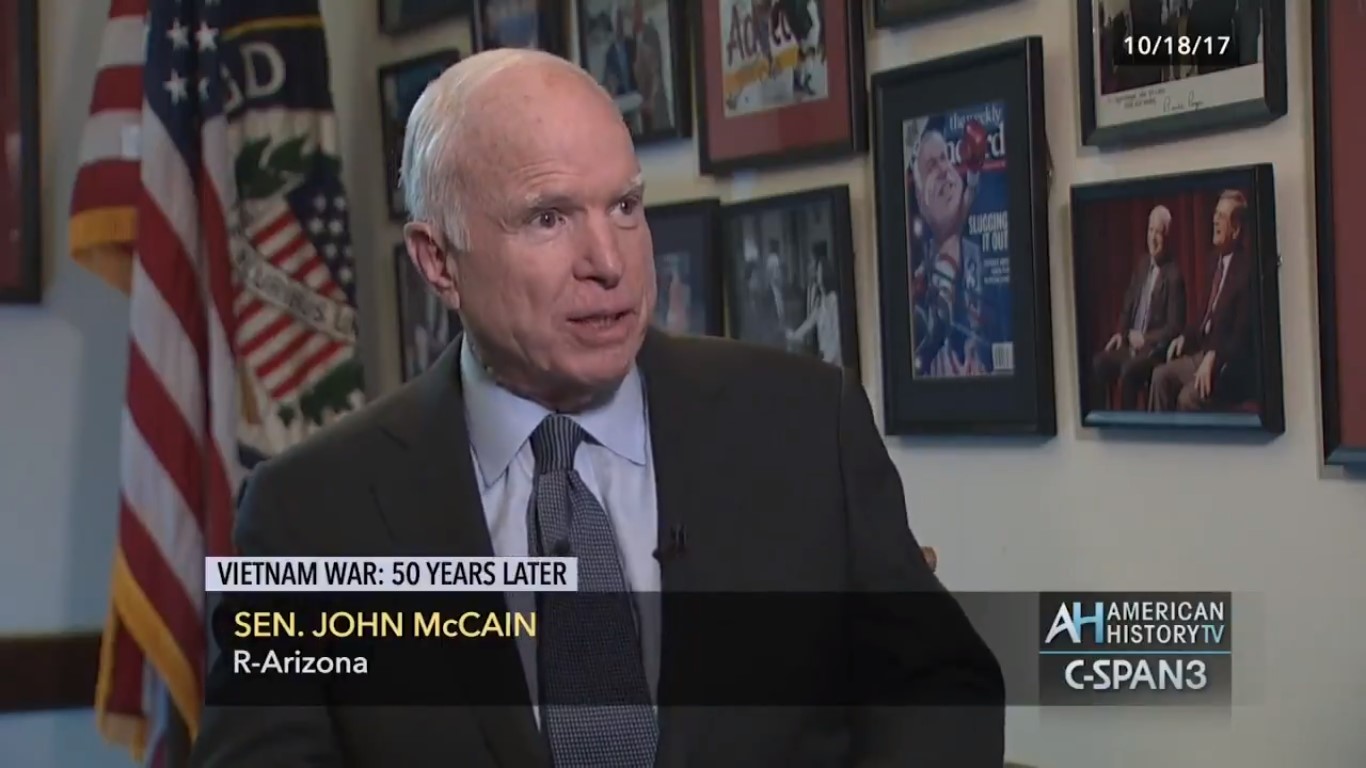 Sen. John McCain has a new book coming out in May — and it “holds nothing back,” according to publisher Simon & Schuster.

The Restless Wave is the title of the Arizona Republican’s latest memoir, which will cover everything from his ill-fated bid for the presidency in 2008 through to the present day.

McCain has become a symbol of resistance to the Trump administration from within the Republican party, speaking out against much of President Donald Trump’s rhetoric and policy — all while battling brain cancer.

And his publisher says to expect the same outspoken nature from the senator’s memoir, including “no-holds-barred opinions” on the current climate in Washington D.C.

According to Simon & Schuster:

The Restless Wave begins in 2008 with McCain’s presidential campaign and then follows the Senator during his time as a senior Republican lawmaker through the Obama administration, when the country was tested at home and abroad. McCain shares his experiences during the divisive 2016 election and his no-holds-barred opinions on the current developments coming out of Washington. He also discusses the vital challenges from abroad: Russia, NATO, the campaign to defeat ISIS, our ongoing operations in Iraq and Afghanistan, among others. Candid, pragmatic, and always fascinating, John McCain holds nothing back in his latest memoir.