UPDATE: The Atlantic Retracts Controversial Story About WASPs: The Author ‘Deceived’ Us 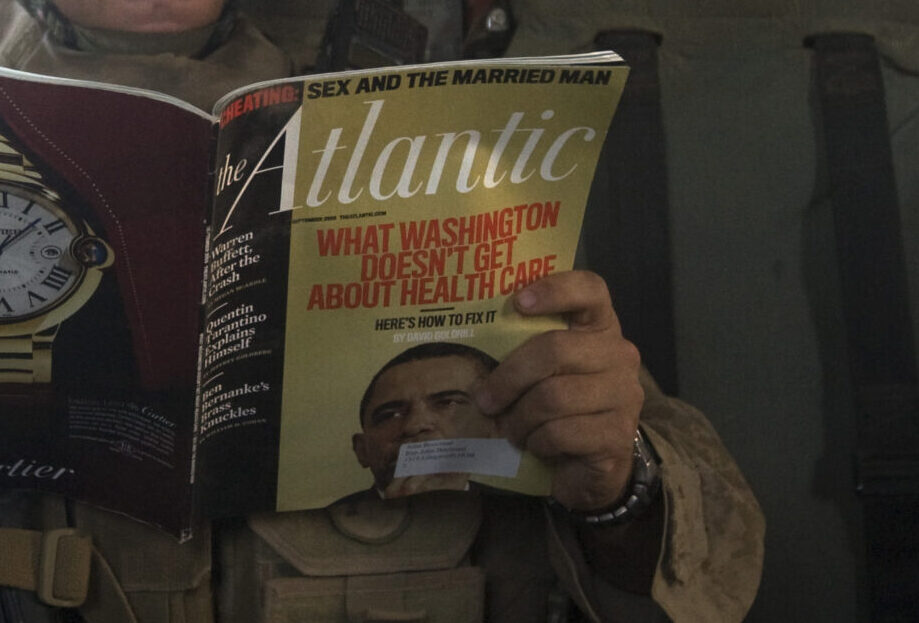 The Atlantic posted an exhaustive, brutal correction following the publication of a controversial article last week about niche sports in a tony Connecticut suburb. A day after, the publication retracted the lengthy magazine feature.

The editor’s note ran following an investigation by the Washington Post’s Erik Wemple, who debunked a passage in which a 12-year-old boy was purported to have suffered injury after being struck with a sabre in his neck during a fencing match. The boy was actually a girl, it was discovered, and the degree of the injury is very questionable. Given the girl did not bleed at all — even competing in another match after sustaining the wound.

The passage goes to the heart of the piece — which sought to show the lengths to which parents in areas such as the affluent Fairfield County, CT go in order to get their children into Ivy League sports programs.

There are other lingering questions about the piece, but the author, Ruth Shalit Barrett, admitted to The Atlantic’s fact checkers that she was complicit in having Sloane — the anonymous source relied upon for the anecdote in question — claim to have a son.

“We have established that Barrett deceived The Atlantic and its readers about a section of the story that concerns a person referred to as Sloane,” the editor’s note read. The note added, “When we asked Barrett about these allegations, she initially denied them, saying that Sloane had told her she had a son, and that she had believed Sloane. The next day, when we questioned her again, she admitted that she was ‘complicit’ in ‘compounding the deception’ and that ‘it would not be fair to Sloane’ to blame her alone for deceiving The Atlantic. Barrett denies that the invention of a son was her idea, and denies advising Sloane to mislead The Atlantic’s fact-checkers, but told us that “on some level I did know that it was BS” and ‘I do take responsibility.'”

Adding further controversy to the piece was the author, who was found to have plagiarized when she wrote for The New Republic and went by Ruth Shalit in the 1990s.

“We decided to assign Barrett this freelance story in part because more than two decades separated her from her journalistic malpractice at The New Republic and because in recent years her work has appeared in reputable magazines,” The Atlantic’s editor’s note said. “We took into consideration the argument that Barrett deserved a second chance to write feature stories such as this one. We were wrong to make this assignment, however. It reflects poor judgment on our part, and we regret our decision.”

The comprehensive correction set off shockwaves in the journalism world:

This editor’s note is almost 800 words long and I actually said “oh my GOD” out loud when I read the last three grafs ? https://t.co/jnxgSjUySw

Good god, the editor’s note. Open for a surprise
https://t.co/UANfia1RCs

The editor’s note is almost as long as the story. Free advice to all magazine editors: don’t hire the multi-plagiarist Ruth Shalit, whose racist attempt to disparage the Washington Post’s diversity was undone by her own weak reporting, to write for you. There is no benefit. https://t.co/X0tFMYtijd

Good on @TheAtlantic to come clean, but shameful that more than 20 years after a plagiarism scandal, Ruth Shalit appears not to have learned anything about journalism ethics. Makes me wonder who gets second chances—and who squanders them.https://t.co/GCYWNok0Sn

Anybody who was alive and in and around journalism in Shalit’s heyday could have known this would end badly. Exactly the same kind of shit and subsequent excuses that happened back then. Exactly. https://t.co/nmix7G43Sb

UPDATE: The Atlantic has retracted Barrett’s story from its website but left a link for a PDF version of the story in its November print.

The note concluded, “Our fact-checking department thoroughly checked this piece, speaking with more than 40 sources and independently corroborating information. But we now know that the author misled our fact-checkers, lied to our editors, and is accused of inducing at least one source to lie to our fact-checking department. We believe that these actions fatally undermined the effectiveness of the fact-checking process. It is impossible for us to vouch for the accuracy of this article. This is what necessitates a full retraction. We apologize to our readers.”