Your Next President Could Be a Cat Named Limberbutt McCubbins

Your Next President Could Be a Cat Named Limberbutt McCubbins 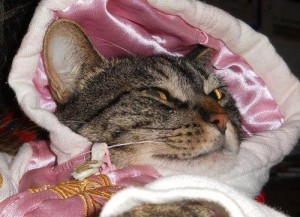 I mean, not really, but what if? At least that’s the implied question being asked by Emilee McCubbins, a resident of Louisville, Kentucky whose cat Limberbutt was officially registered with the Federal Election Commission by a friend. Obviously, like Donald Trump‘s compaign, it’s a farce.

According to ABC News, it all started back in May when a friend of McCubbins, 17, asked her what her address was on a whim. A few hours later, she received an email from the FEC saying “that Limberbutt McCubbins had been officially registered in the presidential race.”

“Personally, I think if you’re going to become a leader of the free world you should have to do a bit more of an extensive application process,” she said. “You don’t even have to put in a social security number, which is a bit worrisome, but you do have to file some papers for tax records and campaign donations. You have to raise $5,000 to get on the ballot.”

Wait, not even a social security number? That seems faulty, but like the cat confounded by curiosity…

Speaking of which, who is Limberbutt, exactly? He’s a cat with an honest-to-God presidential campaign supporting him, complete with an official website and a social media presence. He’s also a furry feline, a gray tabby to be precise, who lives with McCubbins and spends time with his kitty brother and daddy cat.

ABC News reached out to the FEC for comment. They responded with an uninteresting paragraph of legalese, but we suspect the final sentence was added after the supervisors left:

“FEC regulations speak only about individuals in connection with the registration of federal candidates. An individual becomes a candidate for federal office and triggers registration and reporting obligations under federal law when his or her campaign exceeds $5,000 in either contributions or expenditures. Within 15 days, the individual is required to file a Statement of Candidacy (FEC Form 2) with the FEC. Ballot access does not fall under the jurisdiction of the FEC; rather, the states have their own set of requirements.

“The FEC Press Office wishes our feline friend the best of luck and many more lives to come! Meow!” 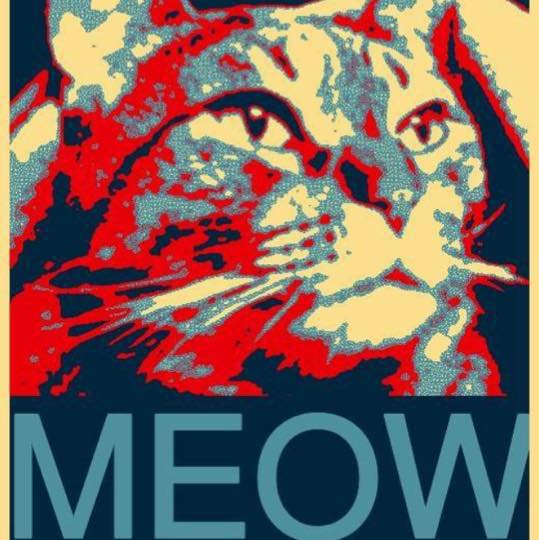