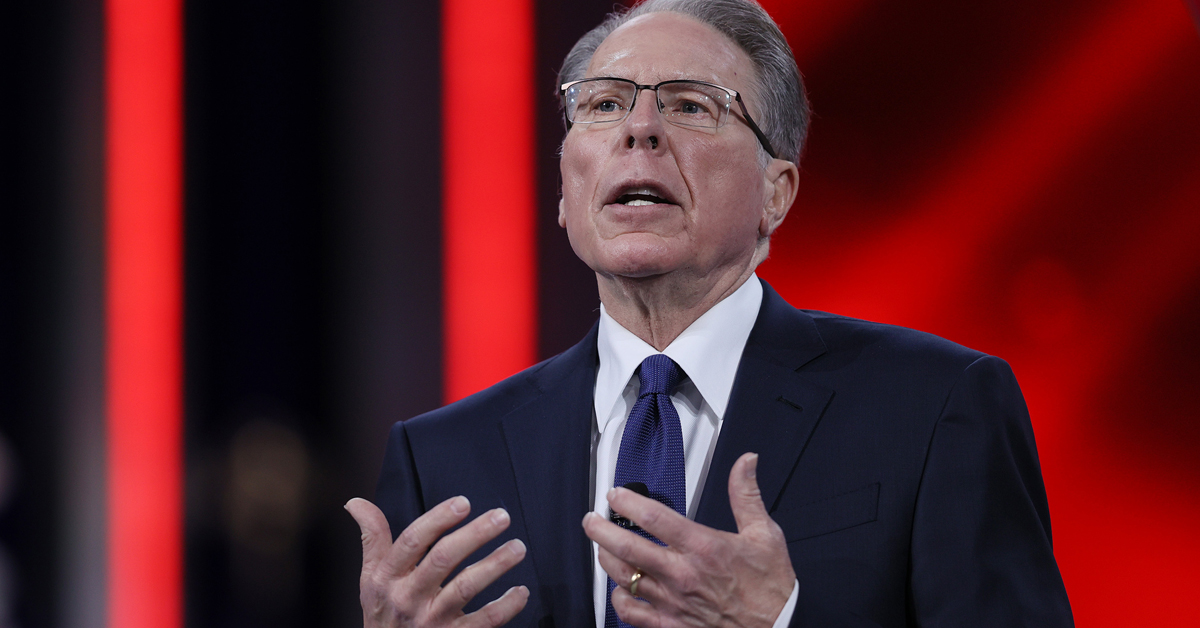 Vanity Fair published an excerpt this week from a new book about NRA chief Wayne LaPierre that reveal a series of odd facts and anecdotes about the “bookish” executive with a “habit of disappearing.”

It is on disappearances that the article begins, telling the story of how LaPierre considered one on the day of his wedding. The anecdote details how he “scurried around” ahead of the big day “nervously polling anyone he ran into about whether he should go through with it.” 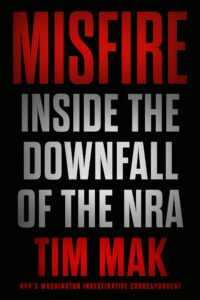 Misfire: Inside the Downfall of the NRA – Tim Mak

That sets the tone for the subsequent descriptions of The Weirdness of Wayne LaPierre, as Vanity Fair titled the excerpt of Tim Mak’s new book Misfire.

Each anecdote stands alone as a fascinating tale, and together they create a picture that is weird indeed. From that list we picked five things that are probably the oddest revelations about a man who is, by this account anyway, extremely and unfailingly odd in all things.

In no particular order…

1. He is obsessed with dessert food.

Having noted LaPierre seems like he might have been more suited to academia than running a gun rights organization, the author notes that barring both of those fates, he might have become an ice cream shop owner. “There’s a chance that his life could have led him to another passion: confections,” Mak writes. “He’s expressed numerous times to friends that he would like nothing more than to retire and open up an ice-cream shop in New England. His heart was never really that much into gun rights advocacy.”

In 1995, four years into his role as the top leader at the NRA, he told the Los Angeles Times that the job was all-consuming, that he didn’t want to live this sort of life, and that he couldn’t wait to move to northern Maine to open up his ice-cream shop. “Your life goes by,” he mused. A quarter century later, he still holds the top role at the NRA, but ice cream remains in the background: when the New York attorney general’s office probed his expenses, investigators found that Wayne spent substantial amounts of money sending friends Graeter’s ice cream for Christmas, all on his nonprofit organization’s dime.

He was a Democrat. How’s that for both-sides-ing?

Originally a Democrat, like a substantial portion of the National Rifle Association’s longest-serving staff, Wayne was active with the Roanoke Democrats in college but declined a job offer from the office of Democratic House Speaker Tip O’Neill. Instead, he got a job at the NRA. The NRA building at the time was right across the street from the Democratic National Committee, and so he walked right in and ran into some staff that he knew from his work in politics. They were looking for a Democratic lobbyist, so he signed on right away.

Frumpy, absent-minded – Mak paints a picture of an almost disheveled scarecrow of a figure shuffling through D.C. somehow cutting deals and not drinking his way to the top.

His contemporaries describe him as a skilled lobbyist and strategic thinker, if a bit odd and absentminded. While a lobbyist on Capitol Hill in the 1980s, he earned the nickname “Shoes” because he wore black Florsheim wingtips, unpolished and noticeably scuffed. He paid no attention to his clothing, wearing nondescript, rumpled pin-striped suits. But he managed to cajole lawmakers, and he became good at it. This was true even though he didn’t partake in the Washington, D.C. hobby of drinking alcohol, aside from an occasional sip of champagne. Wayne would sip on soft drinks and buy members of Congress liquor—and was never ostracized for not taking part.

At various points the author also describes LaPierre as clumsy, meek, weak, and even “spastic.” Not to mention inattentive and “allergic to practicality,” citing stories told by his “contemporaries.” And the story of his automated responses resulting in a truly odd interaction in which LaPierre ended up introducing himself to a long-time friend and colleague? Classic.

He may be a leading figure in gun culture, but not for any suave, John Wick-like finesse or skill. In fact, he isn’t just a bad shot, the article explains, he’s a scary one, from aim to handling to basic safety.

Stories about his dangerous gun-handling behavior have become NRA lore. An old joke circulated around NRA HQ: “The safest place you could be when Wayne had a gun was between Wayne and the target.” Staff described ducking and weaving during a video shoot because Wayne was waving the muzzle of his rifle around carelessly.

It really goes right along with the overall theme. Obsessive about some things, careless about others, fixated on interests, absent when disinterested. And of course, the hallmark of a shambling man: hoarding. But not in the Discovery Channel way. In the nerdy, paperwork way, even creating a line of pads and pubs all the way to the street, in one anecdote.

Wayne has a history of hoarding everything: he would attend political events and leave with a stack of notes, agenda items, and brochures. When Wayne was the head of the NRA’s federal lobbying team, Aquilino once emerged into the office’s lobby to find a long line of pads and congressional publications lining the floor from the elevator, through the lobby, to the curb. Wayne had rushed to a car and had been oblivious to the fact that he was leaving a trail of documents behind him.

And of course, the stacks.

Wayne’s note-taking habit led to voluminous stacks of yellow legal pads. He once had an apartment in Arlington, Virginia, that appeared to be largely for his collection: filled with boxes, legal pads, and writing utensils—a collection of all the things he took out of his office and dumped there. It wasn’t clear whether he ever lived there, or it was just a place to accumulate mail and papers… He doesn’t use computers at all, and doesn’t text as a means of communication. Rather than read emails, he would have his staff compile printouts of clippings and messages that might interest him. He was stuck in the analog age.

There’s so much more in the very strange tale of the weird rise of the odd NRA honcho Wayne LaPierre. It can be hard to tell from an excerpt, or an excerpt of an excerpt like this, but it’s not a cruel profile. Where it is critical, or even harsh, it is in the task of telling the story.

It’s an interesting look at the unlikely figure who has overseen the very public and ugly implosion of the NRA.