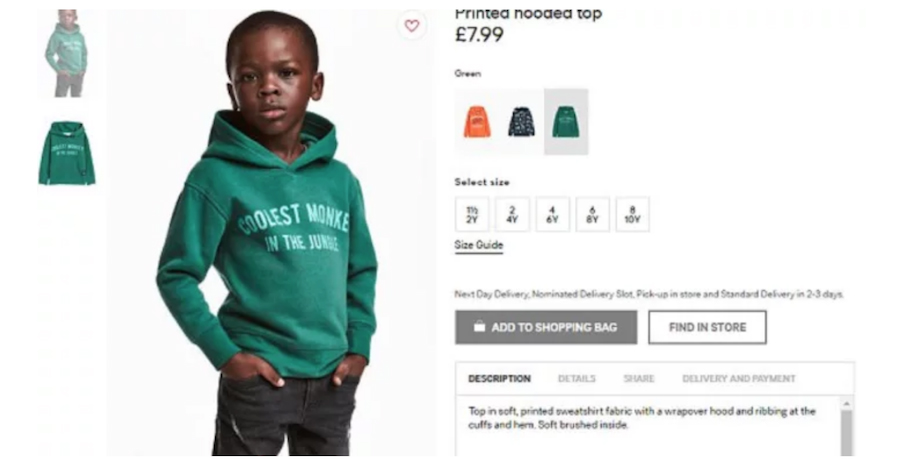 Retail outlet H&M has found itself mired in some controversy after running an advertisement in which a young boy, black, was shown wearing a hoodie that had “Coolest Monkey in the Jungle” written on it.

This @hm ad is something. Little Dustin looking over already knowing H&M done fucked up and he’s like 6. pic.twitter.com/jWo1HxOUUM

The clothing chain has pulled the ad and issued an apology, which was obtained by Buzzfeed News.

“This image has been removed from all H&M channels and we sincerely apologize for any offense this has caused,” the wrote.

“It was never our intention for this image to be perceived in this way and we will be reviewing our internal routines to ensure that such a misjudgment does not happen again.”

H&M is still selling the hoodie in question. They just removed the image of the boy wearing it and, instead, the ad merely shows the item itself.

Several customers on Twitter have floated the idea of a boycott, but now that the company has issued an apology and removed the offending photo, the notion may lose steam.

This isn’t the only time H&M has unwittingly found themselves the center of a story. Last year, conservative action group 1 Million Moms called for a company-wide boycott after they mistakenly came to believe that an actress in one of their advertisements was transgender.