Thanks Partly to Trump, California is Now an Electoral Anvil Around the Neck of the National GOP
Opinion

Thanks Partly to Trump, California is Now an Electoral Anvil Around the Neck of the National GOP 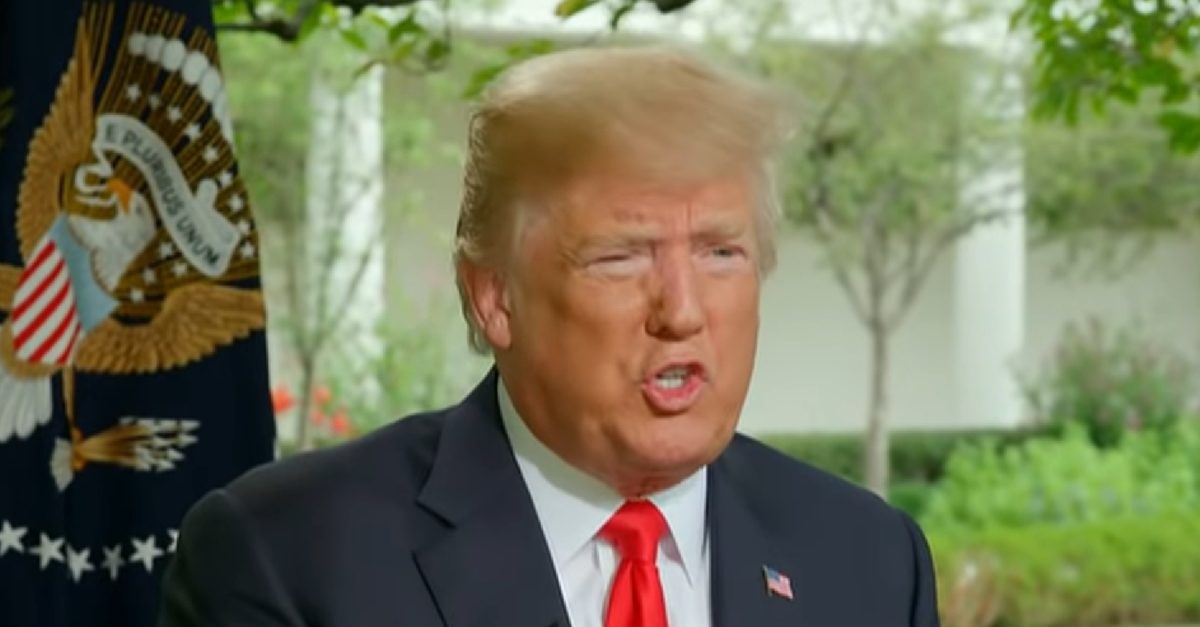 The entire world has heard about the wildfires which have ravaged large parts of California over the past week (which thankfully, due to our amazing firefighters, my family and I have apparently survived unscathed). Understandably however, much less has been made of the figurative inferno which has burned down the last vestiges of what was once a great Republican machine here in the Golden State, leaving permanent destruction in its path, the likes of which the national GOP may never fully overcome.

It is no secret that Republican prospects in California have been waning for the past generation. The fact that the state elected, and reelected, two consecutive Republican presidents who resided here (Richard Nixon and Ronald Reagan) is now just a weird piece of trivia for most of its residents. But the wreckage that has been revealed after the dust settled from last week’s midterms exposes a staggering and dangerous new low.

The Republican congressional delegation will, for the first time in modern history, be less than double digits. The best the GOP can hope for is just nine Republicans out of 53 districts, meaning that Democrats now have a stunning 35 seat margin out of just California, which is more than their current advantage for the entire country as a whole (in other words, without California, Republicans would still be in control of the House).

Mostly stunningly, it appears, now that even Orange County (which, in 2004, produced a greater margin of votes for George Bush than any county in the country) has elected Democratic congressmen for the first time, not even ONE INCH of California’s vast coastline will be represented by a Republican in Congress. It also appears that, given the power of incumbency in a state where it is extremely difficult to break through the super expensive media, this reality may be pretty permanent.

If so, the Democratic Party now finds itself with a head start in every congressional election so staggeringly large that it may be impossible for national Republicans to endure it. This is especially true, as those voters who led George H. W. Bush to win California with over five million votes in 1988 begin to die off.

This was not the case just a few short years ago. In 2010, for instance, the Democratic congressional margin out of California was “only” 34-19. This 15 vote advantage, which maintained itself for several cycles, was at least manageable for the GOP, but now, in the era of President Trump, the floor has totally collapsed.

There are many reasons for this demolition of the California GOP (most liberal commentators falsely blame the anti-illegal immigration “Prop 187” passing, overwhelmingly, in 1994 before being dubiously kicked out by the courts), but it is important to point out that much of this is a fairly recent phenomenon. As recently as 2003’s recall election, the top two Republican gubernatorial candidates (assuming you can call Arnold Schwarzenegger a Republican) garnered 62% of the state-wide vote.

In 2008, the state passed, ironically with the help of Barack Obama’s historic candidacy, a pro-traditional marriage proposition. Even last Tuesday, a very liberal rent control proposition was defeated state-wide by 20 points.

Part of the GOP’s congressional woes in California are undoubtedly due to gerrymandered districts and the state’s silly new system of eliminating party primaries. When 40% of a state’s voters are Republican, but only 17% of their representatives are, there is clearly a problem with fairness.

But there is also obviously a Trump issue as well. In their first election having to defend seats with Trump as president, Republicans lost (at least) over 1/3 of their already depleted delegation. Most of those incumbents who went down to defeat did so after facing a barrage of television ads tying them directly to Trump.

Most dramatically, the extremely pro-Trump and pro-Putin Dana Rohrabacher, who was first elected to Congress in 1988, lost his Orange County seat, which most observers thought was forever a safe GOP district. Similarly, even Trump super-sycophant Devin Nunes had his margin of victory cut from 35% two years ago, to just 10% last week.

Interestingly, it is not that under the Trump GOP voters have been turned off. Republican turnout, surely motivated by false enthusiasm over Trump’s hollow rhetoric about fighting the illegal immigration problem here, was actually up slightly this year. However, that small flow was easily overwhelmed by a large wave of Democratic votes that were obviously driven by opposition to Trump.

In a very real sense, California Republican fervor for Trump is very much a “dead cat bounce.” It is also, as trends which start in California have often been throughout our history, a possible foreshadowing for what may end up eventually happening, in a more muted form, in the rest of the country.

In short, what Arnold Schwarzenegger did to the Republican Party in California, Trump may eventually end up doing to it nationwide.