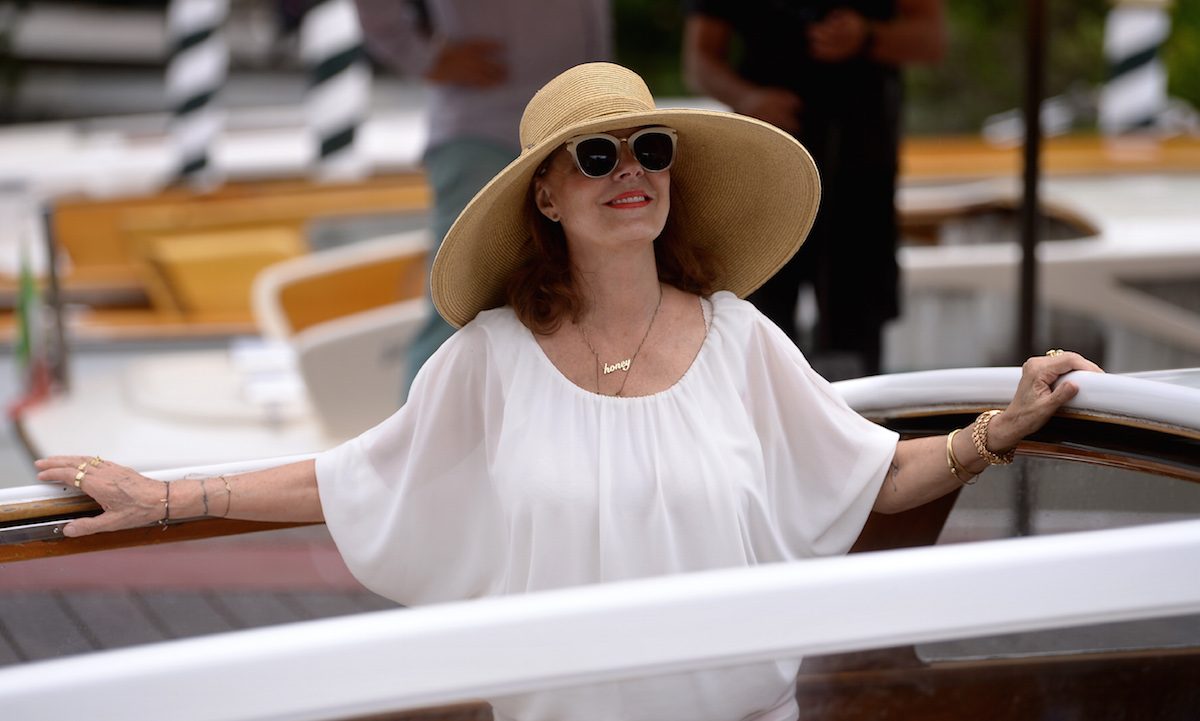 “News like this has become commonplace and every once in a while, I just want to thank [Sarandon] for her campaigning, not just voting, third party. Instead of working to stop Trump, she helped him,” Tanden wrote in a tweet on Monday while sharing an article on the Dayton, Ohio mayor requiring extra security after Trump publicly attacked her.

Rather than lining up behind Clinton, the Academy Award winning actress voted for Green Party candidate Jill Stein in the 2016 election — a move that she has repeatedly been attacked for after Trump became president. She is currently campaigning for Democratic candidate Bernie Sanders in the 2020 race.

Tanden’s sudden re-litigating of Sarandon’s 2016 vote led Nina Turner, who is the co-chair of Sanders’ campaign, to call out the think-tank head.

“You have some nerve,” Turner tweeted on Tuesday in response to Tanden. “It’s your area of expertise to start mess. Last time I checked, this is America and folks have a right to vote for who that want. Get off [Sarandon]. She does not answer to you.”

You have some nerve @neeratanden! It’s your area of expertise to start mess. Last time I checked, this is America and folks have a right to vote for who that want. Get off @SusanSarandon. She does not answer to you. https://t.co/aVMSYRsvEo

Tanden replied by doubling down on her accusations, writing that both Turner and Sarandon “helped” Trump win in 2016 “by voting third party — in a swing state.”

“I appreciate that in 2016 and in 2020, Senator Sanders supports the nominee, whether it’s him or someone else. And only wished you and @SusanSarandon had listened to him,” she added.

I appreciate that in 2016 and in 2020, Senator Sanders supports the nominee, whether it’s him or someone else. And only wished you and @SusanSarandon had listened to him.

Other pro-Clinton liberals joined in on Tanden’s attacks against Sarandon after the actress spoke at a Sanders campaign event and appeared to make a jab at Elizabeth Warren, a former member of the Republican Party, while introducing the Vermont senator.

“He is not someone who used to be a Republican,” she told a crowd in Iowa on Monday.

Liberal pundit Kurt Eichenwald, former Clinton staffer Adam Parkhomenko, CNN commentator  Jess McIntosh, who is also a former Clinton campaign staffer, and others all tore into Sarandon for her subtle diss against Warren.

In the last week, Sanders and his surrogates have attacked Warren, Harris and Biden, implying none of them are pure and are all whores to corporations and billionaires. Meanwhile, Susan Sarandon has crawled out of her cave in her endless effort to make sure everyone dies.

Fuck Susan Sarandon. Seriously. Do they wake her out of her cryogenic chamber whenever a woman starts doing well in the polls?

Just realized I had *just* gotten to the point where I could watch a Susan Sarandon flick and now I’m mad all over again.