How Media Paved the Way For Trump: The Incredibly Shrinking Print Media 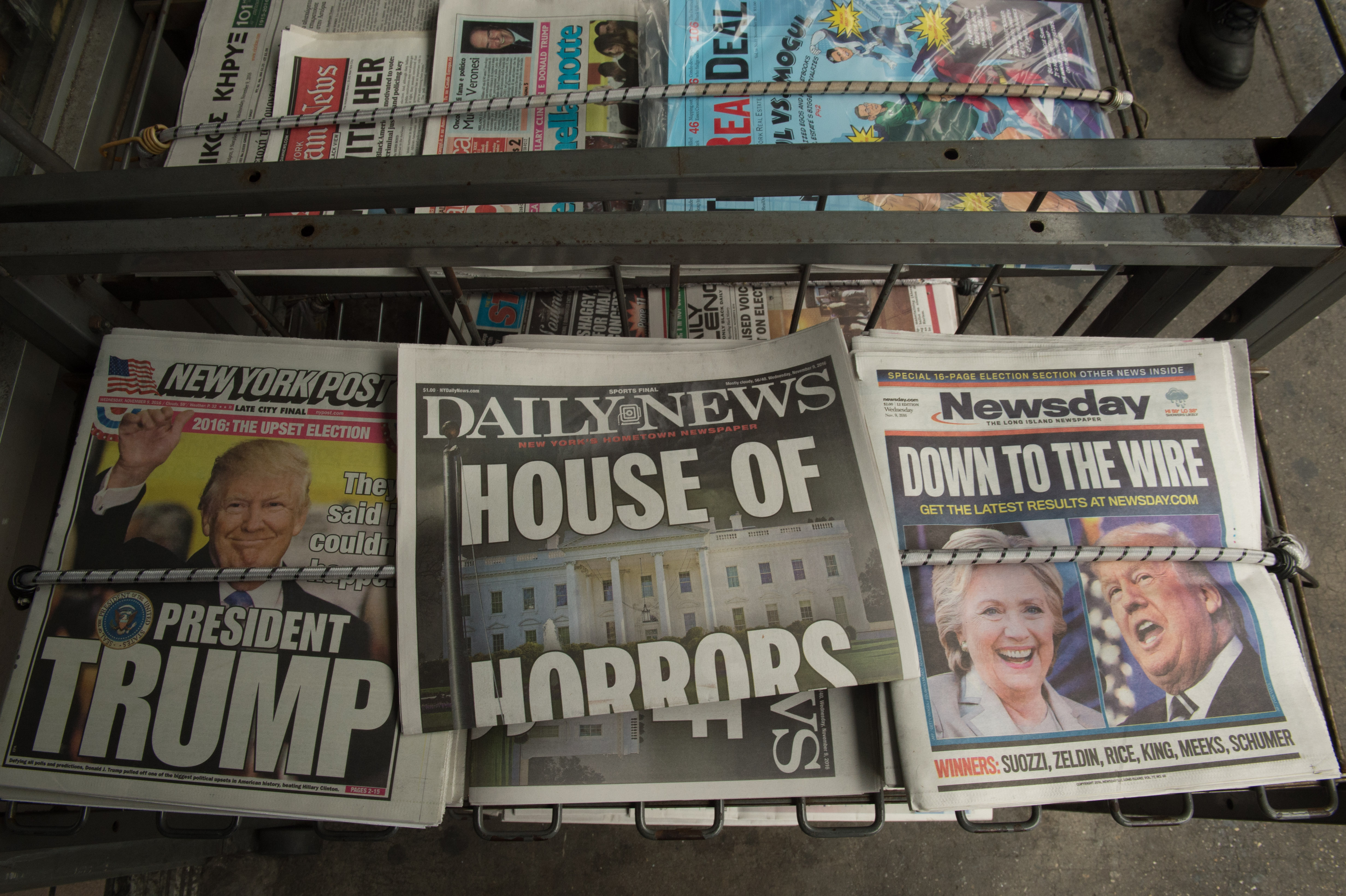 This is part three of an eight-part series of columns by senior columnist John Ziegler, telling the story of the relationship between the mainstream news media’s demise as a cultural institution and the rise of Donald Trump, not only to the presidency of the United States — but as someone who now, despite unprecedented media opposition, is currently poised to be possibly reelected. Part two can be found here.

Just after the titans of television news started to shrink into relative munchkins of infotainment, the same predicament began to inflict, perhaps even more dramatically, America’s most influential newspapers and magazines. With television, the culprit was an expanding universe of cable channels — but with the printed word it was the advent of Al Gore’s Internet.

Symbolically, the moment that the world changed forever came in early 1998, when the biggest political story of the decade was revealed not by the legacy media, but by a fledgling anti-establishment website, with conservative leanings, called the Drudge Report. Matt Drudge’s breaking of the Bill Clinton/Monica Lewinsky scandal, while the mainstream media hesitated to pull the trigger, likely ended up helping Clinton survive his impeachment because for some voters the scandal forever had a partisan stench due to how it became known.

In the two decades since, as every news media outlet has been forced by the altered economic landscape to appeal to a specific sliver of the partisan political divide, this phenomenon has become far more the rule than the exception. Today, as we saw repeatedly with the Trump/Russia scandal, unless a media outlet perceived as being on the same “team” as the political figure being criticized is the source of a particular story, their “team” usually acts as if the transgression never even happened (even more troubling, it is now quite often seen as a positive development for a political figure to be “attacked” by media members from the other “team”).

As the internet eventually exploded with thousands of new options for information, newspapers and magazines not only lost their monopoly on setting the daily news agenda, but their business model catastrophically collapsed. Suddenly, news was available instantly and, for a time, totally free; reducing the once weekly news cycle to an hourly one, and thus rendering the printed morning paper and the weekly magazine almost as antiquated as the pay telephone.

Those newspapers and magazines that didn’t shutter completely shriveled to a size that provoked laughter, where previously there had been a palpable fear, among the politicians they covered. Today, the print editions of even national giants like USA Today, New York Times, Washington Post, Los Angeles Times, Time, and Newsweek have been reduced to pamphlets in comparison to what they were before the internet era.

Because the internet radically altered the ratio of supply and demand with regard to news information, profits went way down, staffing was slashed, the quality of coverage suffered and, most devastatingly, the motivation behind news content was radically changed. As a result, expensive stories that might be unpopular are now not even seriously considered, while easy content that is sure to appeal to the subscriber/audience base now provides the foundation of the daily task of feeding the news monster in the never-ending quest to stay afloat.

A very much underappreciated aspect of the economic crunch on print journalism is that it has robbed almost every non-celebrity working in the industry of any real job security. This not only increased the desire on the part of print journalists to become celebrities (in other words: do television-friendly stories), but it also decreased their willingness to take risks or pursue stories with potentially unpopular or controversial results, which makes great reporting nearly impossible and incentivizes the safety of political correctness to dictate coverage.

But the biggest influence of the changing economics of the industry has clearly been the need for each outlet to choose a demographic to which its content is meant to appeal — rather than simply report the news and let the chips fall where they may. In the Trump era, we have even seen this pressure to appease precious customers force even the once mighty New York Times, the newspaper of record for the entire country, to needlessly apologize for reasonable editorial decisions which offended their liberal readership.

In short, not unlike what has happened in the Hollywood movie industry where focus groups dictate plotlines because box-office results are all that really matter, the news-junkie inmates are now running even the most prestigious of the news media asylums.

The internet has not only forced newsrooms to replace the truth and credibility with popularity and speed as the coin of the news realm, but because of the instant and detailed data that it provides, there is no longer any question whatsoever about which stories/slants are people-pleasing, and which are radioactive. Much like with instant television ratings telling producers which news subjects moved the needle and which did not, print newsrooms now know, with even greater rapidity, what their readership wants. And the ability to give it them, quickly and cheaply, is how the “journalists” of today are evaluated in their jobs.

The result is that print journalism, which for most of the 20th Century was the backbone of the news structure, has become anemically weak and riddled with vulnerabilities. The average print reporter is absurdly overworked and given perverse incentives to create the type of content that is the exact opposite of what would traditionally be considered good journalism.

Meanwhile, the internet dramatically increased the number of “news outlets” where people could get their information about what is going on in the world, while decreasing the power of any one outlet, or report, to make any sort of significant impact on public perception. It is no longer very relevant what gets “reported” because virtually everything is “reported” — no matter how lacking in credibility — somewhere on the internet, but rather it is now what gets “repeated” constantly which matters most.

In other words, the news media in general and print journalism in particular, have been so enfeebled by fragmentation that they have almost no real power to break through the tremendous media clutter individually, but only when they act, repeatedly, as a group. This helps facilitate “pack journalism,” which is particularly dangerous when no one is remotely incentivized to debunk a false narrative that is good for business, or try to create a truthful one that goes against the momentum of the rest of the herd.

Inevitably, media mistakes have become plentiful and, with their partisanship increasing, the news media’s credibility has faded almost as much as their power to influence events. At the same time, on the internet, it now takes only a small amount of money and a decent web designer to put out content that appears on the surface to be as convincing as what the mainstream media is producing.

Sometimes, like when conservative bloggers helped discredit Dan Rather’s infamous 2004 hit-job on George W. Bush’s National Guard service record, the breakup of the old media monopoly allowed the truth to win where it would have previously lost. More often than not however, especially in the Trump era, the near eradication of the perceived difference between the traditional news media and small partisan propaganda sites has eroded objective truth, allowing everyone to believe whatever they want, while providing an inherent advantage to prodigious liars.

Tomorrow, in part four of this series, Ziegler examines how the media’s backing of Barack Obama proved to be the breaking point for mainstream media credibility on the right, further paving Trump’s path to the White House.