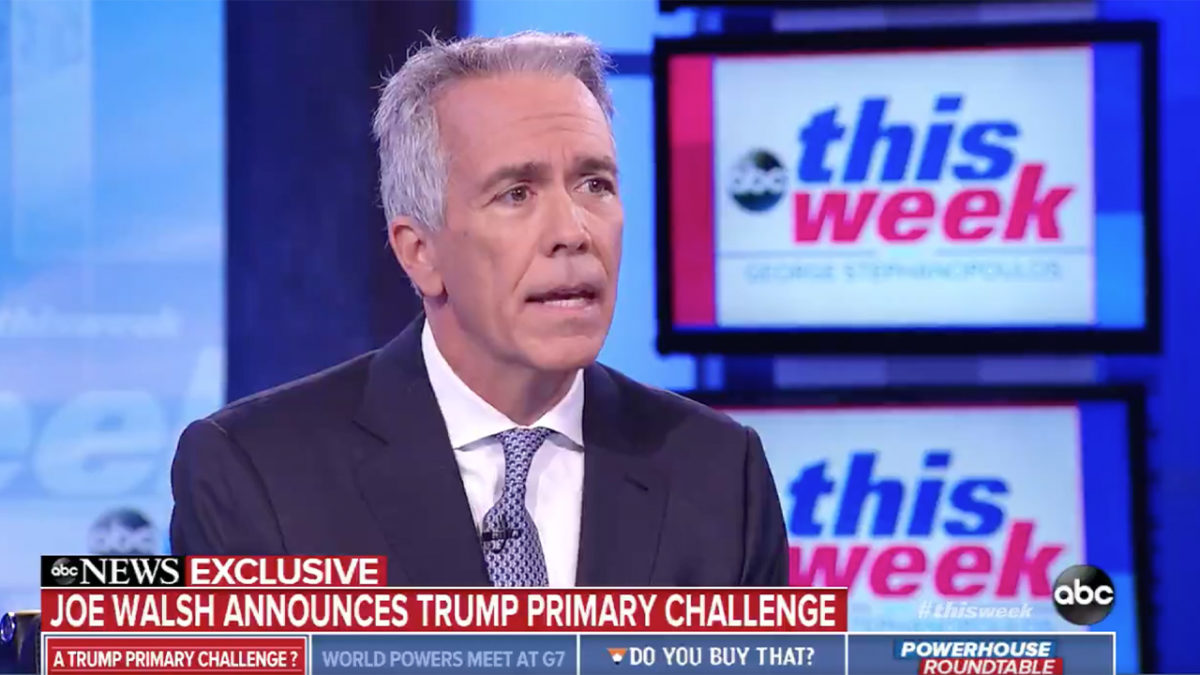 Walsh announced on ABC this morning, “I’m gonna run for president… We’ve got a guy in the White House who is unfit, completely unfit to be president and it stuns me that nobody stepped up.”

"We've got a guy in the White House who is unfit, completely unfit to be president and it stuns me that nobody stepped up" https://t.co/P6iz1j1VA4 pic.twitter.com/0Sct3l7zEc

He said “everybody in the Republican party believes he’s unfit.” George Stephanopoulos pointed out that Trump has very, very high approval ratings within the GOP. Walsh responded, “They don’t have an alternative.”

There had been talk of Walsh mounting a primary challenge to President Donald Trump, in addition to the longshot bid being mounted by Bill Weld, and Walsh apparently spoke recently with George Conway.

WAlsh has gotten a lot of attention recently with his comments on social media blasting Trump and calling out his former colleagues in the Republican party.

He rather famously tweeted before the 2016 election, “On November 8th, I’m voting for Trump. On November 9th, if Trump loses, I’m grabbing my musket. You in?”

He’s made a number of very incendiary comments in the past, some not too far removed from rhetoric Trump has engaged in. Since the infamous Helsinki summit he has come to seriously regret his support for Trump, and he also expressed regret for his past rhetoric in a recent op-ed.