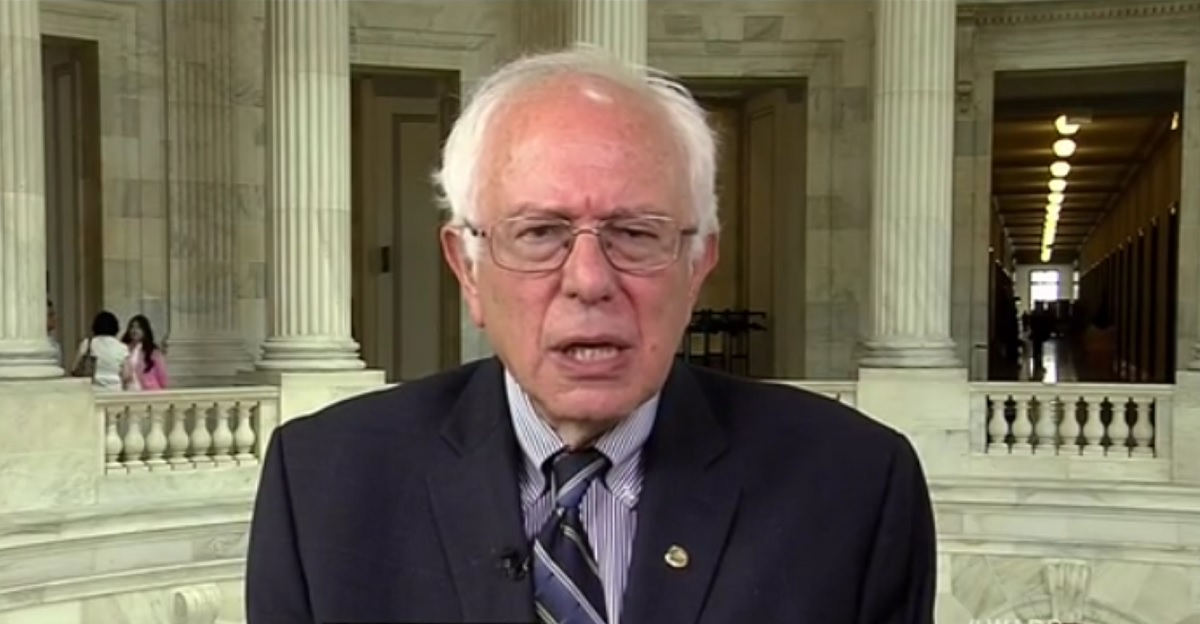 Senator Bernie Sanders (I-VT) and many of his backers have long believed the Democratic National Committee didn’t give them a fair shake in 2016. Many of the senator’s supporters still have trouble thinking the DNC won’t tip the scales against him in 2020. Their skepticism is likely to increase following some strong anti-Sanders comments from a former top DNC official.

In a pair of Tweets late Monday, Adam Parkhomenko — who served as the field director for the DNC ahead of the 2016 election — attacked Sanders for defending Tulsi Gabbard.

“Bernie joins Trump and thousands of Russian bots in defending the person who blamed the US instead of Assad for gassing his own people. Not to mention his not so stellar voting record on Russian sanctions,” Parkhomenko wrote.

He added, “Fuck Bernie. I’d forgotten how much I despise that asshole. Thanks for the reminder.”

Parkhomenko did not join the DNC until after the primary. He previously served as the co-founder of the Ready for Hillary Super PAC, and then later joined the Hillary Clinton campaign in an official capacity as director of grassroots engagement.

Nonetheless, his comments figure only to sow more mistrust from Sanders supporters toward the DNC. The 2016 WikiLeaks dump revealed that DNC officials were heavily critical of Sanders throughout the primary. Some observers have already picked up on the comments.

Here’s your former field director for the DNC/Ready For Hillary co-founder, sharing what he’s apparently always felt about Bernie Sanders, who gave 39 speeches in 13 states for his candidate in 2016. https://t.co/AF80W976uq

To be clear: former DNC National Field Director Adam Parkhomenko “despises” the “asshole” Bernie Sanders for a single tweet, in which he says it’s outrageous to call a combat veteran a Russian asset. https://t.co/AF80W976uq

Adam attached himself like a remora to Hillary, was rebuffed by the woman he called his “mom away from home,” then got a throw-away gig from her in 2016. Robby Mook compared him to a used condom.

Adam hates people with principles because he wishes he could grow a fucking spine. https://t.co/ZnknPImY7Q

There is still a lot of discussion and debate about why Trump won in 2016 and why Hillary lost. Among the most enlightening methods for understanding that outcome is to follow Hillary’s campaign “strategists” and advisors on Twitter and observe their mentality and behavior: https://t.co/6QgaPmjlis

I honestly don’t know what Parkhomenko’s problem is. 2016 was like… THREE YEARS AGO. There are plenty of other races for him to lose. Perhaps he should pick one of those and keep his stupid, misinformed opinions to himself forever.

Sanders has believed that the process was rigged against him in 2016, though he has maintained that he expects DNC to be fair to him this time around.

“In 2016, I think I will not shock anybody to suggest that the DNC was not quite evenhanded,” he said at a CNN town hall in February. “I think we have come a long way since then, and I fully expect to be treated quite as well as anybody else.”