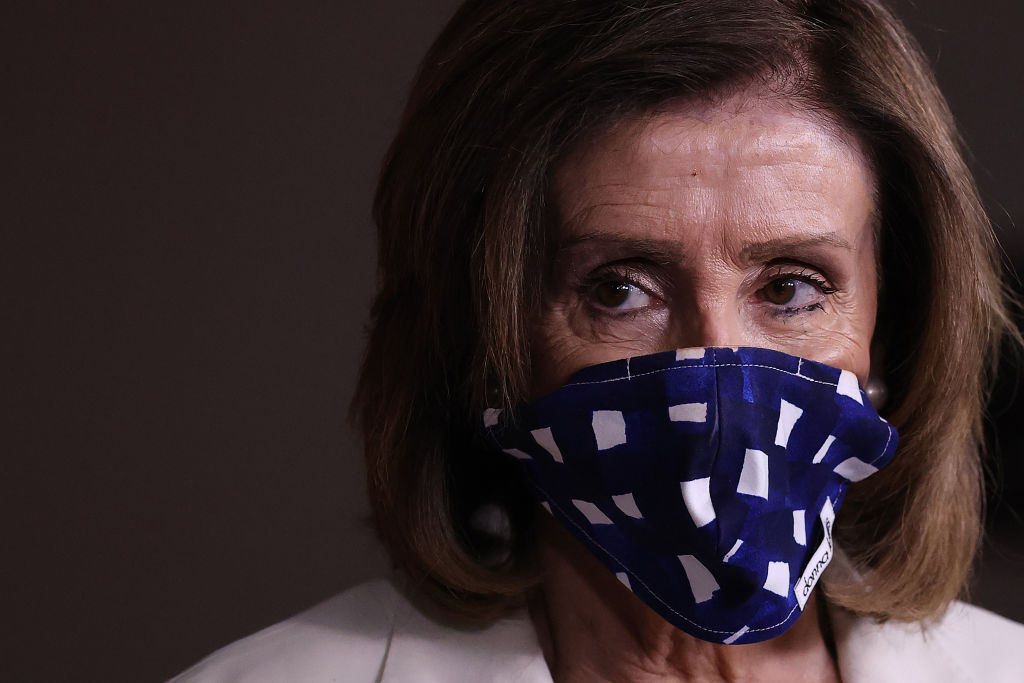 A call among House Democrats reportedly devolved into chaos on Thursday as finger-pointing transformed into a hunt to figure out which members were leaking the call to reporters.

News of the call began to spread with descriptions published on Twitter by Washington Post reporter Erica Werner. That description suggested Rep. Abigail Spanberger (D-VA) warned the group that House Democrats were going to be “f—ing torn apart again in 2022” if they didn’t change their message on defunding police and “socialism.”

Spanberger, who represents a suburban district outside Washington, D.C., prevailed in her race on Tuesday by just more than 1 percent of the vote.

House Speaker Nancy Pelosi (D-CA) allegedly conveyed that she did not agree, telling members that they “have a mandate” after the election before hanging up. Werner also noted that Rep. Debbie Mucarsel-Powell (D-FL) — who lost her seat representing a portion of Miami — “was crying” earlier in the call, “and mentioned how people can’t pronounce her name” in addition to advising that members “stop being negative on Twitter.”

If we run this race again we will get fucking torn apart again in 2022, Spanberger says

Tlaib: They called Obama worse, they called him a Muslim, a socialist, you can blame these words but if it wasn’t on BLM would’ve been something else

Moments later, Rep. Hakeem Jeffries (D-NY) allegedly piped up to complain about details of the call getting out, telling his colleagues, to tell members “to stop leaking,” adding, “reporters aren’t your friends.”

Jeffries comes back on to tell people to stop leaking and that reporters aren’t your friends! ?

Rep. Jared Huffman (D-CA) subsequently made the grievance more public, writing on Twitter, “Some of my colleagues are literally live-leaking our internal Dem Caucus call right now to CNN, The Hill, NBC, Politico, etc. I’ve gotten texts from 3 different reporters asking me to live-leak juicy details to them. No. We (Dems and the media) need to stop this nonsense.

Some of my colleagues are literally live-leaking our internal Dem Caucus call right now to CNN, The Hill, NBC, Politico, etc. I’ve gotten texts from 3 different reporters asking me to live-leak juicy details to them. No. We (Dems and the media) need to stop this nonsense.

The call lends itself to questions about how whether Democrats will trust Pelosi with another term as House speaker. She has led House Democrats every year since 2003, serving as either the chamber’s minority leader or as speaker. Republicans, by contrast, have elected four different leaders over the same period of time.