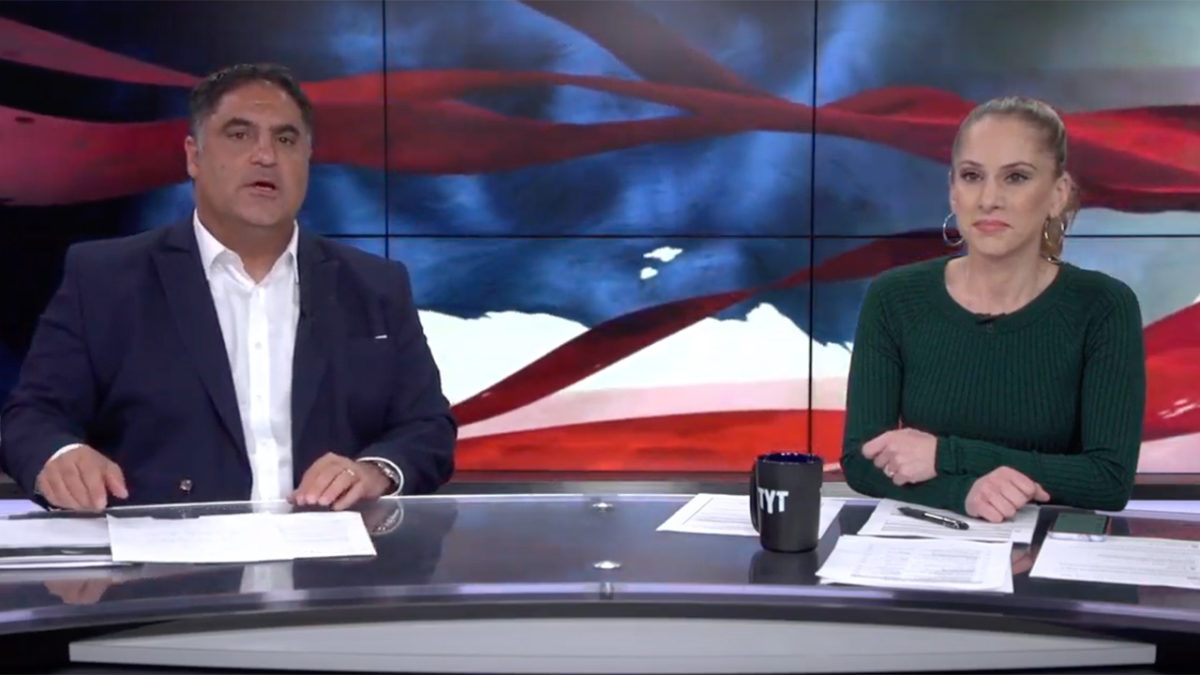 The Young Turks’ co-hosts Cenk Uygur and Ana Kasparian both officially announced they were backing Sen. Bernie Sanders for president, marking a key endorsement for progressive Democrats in the 2020 primary.

The pair revealed their endorsement during a livestream on Wednesday evening.

“I’m officially endorsing Senator Bernie Sanders for the Democratic nominee for president,” Kasparian said. “His selflessness really speaks to me. He’s been principled, he’s been fighting for those who are powerless for his entire career.”

“He’s always been consistent in fighting for the workers and the disenfranchised,” she added.

“I don’t want to negotiate with this current system.” @cenkuygur describes why he chose to endorse @BernieSanders for President of the United States on #tytlive. #endorsement #democraticprimary pic.twitter.com/XKV6pJkMJT

Uygur said his personal endorsement came down to a choice between Sen. Elizabeth Warren and Sanders.

Nevertheless, he chose to endorse the “slightly more progressive” Sanders.

“I think the right tack is revolution, not reform. And by revolution, I mean a political revolution, obviously,” Uygur explained. “I don’t want to negotiate with this current system. I think it will take too long and I don’t think it’s the right strategy. I would like to do a full, frontal assault.”

“In my opinion, Bernie Sanders’ strategy is going to be quicker, more effective” in passing major, progressive legislation, Uygur said, before denying the impact of money in corrupting US politics. “Bernie Sanders is the one candidate that has clearly said that he is going to be up against that system, entirely.”

Sanders was quick to welcome the pair’s endorsements, tweeting out his thanks for their support.

Thank you @AnaKasparian and @cenkuygur for your support. Our movement is growing stronger every day, and together we are going to bring millions of people into the political process and complete the work we started. https://t.co/7tqopOsHJo