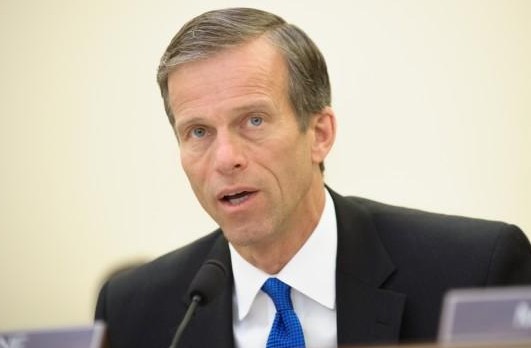 According to a Wednesday report by NBC News, Thune said that the president has “a problem with the middle of the electorate, with independents, and they’re the people who are undecided in national elections.” In the RealClearPolitics polling average, Democratic presidential nominee Joe Biden currently leads Trump by 10 points. Among Independents, which Trump won by six points in the 2016 election, a New York Times/Siena poll out on Wednesday found Biden leading Trump in this key group by a whopping 21 percentage points.

“I think he can win those back, but it’ll probably require not only a message that deals with substance and policy but, I think, a message that conveys, perhaps, a different tone,” Thune said, in a subtle admission that the Trump campaign is stumbling, particularly after its embarrassing, much-hyped but poorly-attended rally in Tulsa this past Saturday. “It’s a message that there needs to be a — certainly a change in probably strategy as far as the White House’s messaging is concerned.”

Though Republicans have routinely mocked Biden for limiting his public outing during the pandemic, Thune seemed to accept that the Democratic nominee’s decision to carefully pick his events and let Trump’s conduct dominate the news had been a successful strategy so far.

“It’s Trump versus Trump,” Trump said. “At the moment, at least, we’re in a period where his numbers, particularly among independent voters, are soft.”