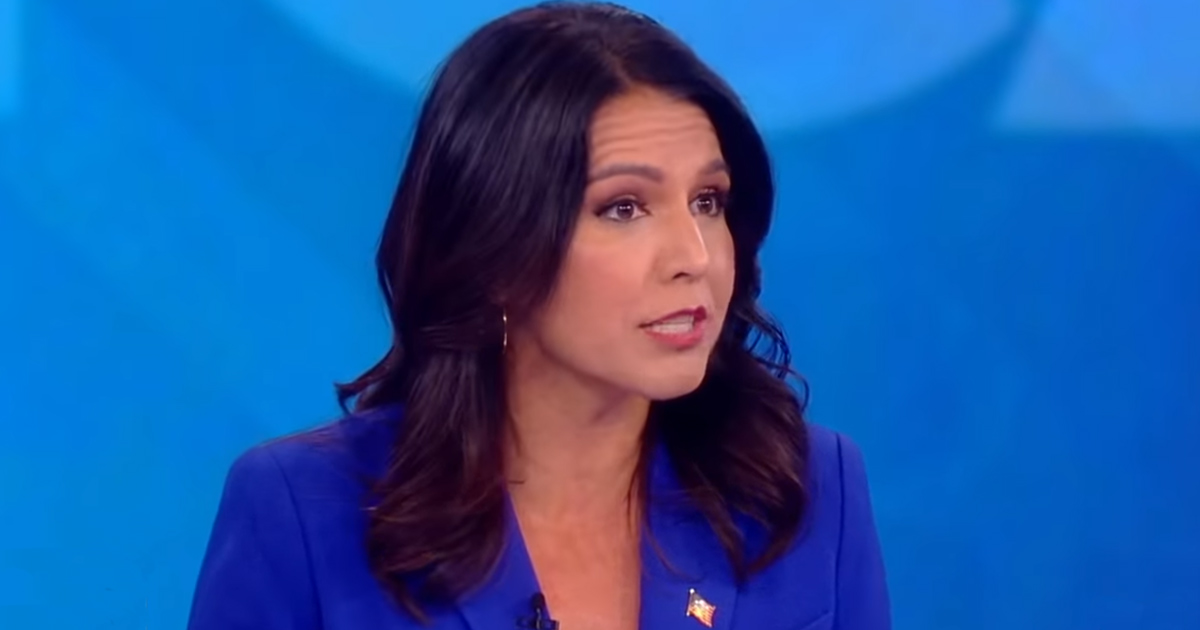 Presidential candidate Tulsi Gabbard has sent an official communication to Hillary Clinton — through her attorneys — demanding the 2016 Democartic nominee retract her comment on Gabbard and Russia.

“Your statement is defamatory, and we demand that you retract it immediately,” the letter reads.

“In making the statement, you knew it was false. Congresswoman Gabbard is not a Russian asset and is not being groomed by Russia,”the letter said. “Besides your statement, no law enforcement or intelligence agencies have claimed, much less presented any evidence, that Congresswoman Gabbard is a Russian asset. This fabricated story is so facially improbable that it is actionable as defamation.”

Gabbard is also demanding that Clinton hold a press conference to “verbally retract” her remarks.

During an interview with David Plouffe, Clinton said of the Russians, “I think they’ve got their eye somebody who’s currently in the Democratic primary and are grooming her to be the third-party candidate. She’s a favorite of the Russians.”

When asked by NBC News if this was a reference to Gabbard, a Clinton spokesperson responded, “If the nesting doll fits…”

Gabbard’s lawyers pointed to this response as the reason to believe Clinton was targeting her and linking Gabbard’s campaign to Russia and not Republicans as Clinton later claimed.

“It appears you may now be claiming that this statement is about Republicans (not Russians) grooming Gabbard. But this makes no sense in light of what you actually said. After you made the statement linking Congresswoman Gabbard to the Russians, you (through your spokesman) doubled down on it with the Russian nesting dolls remark,” the letter reads.