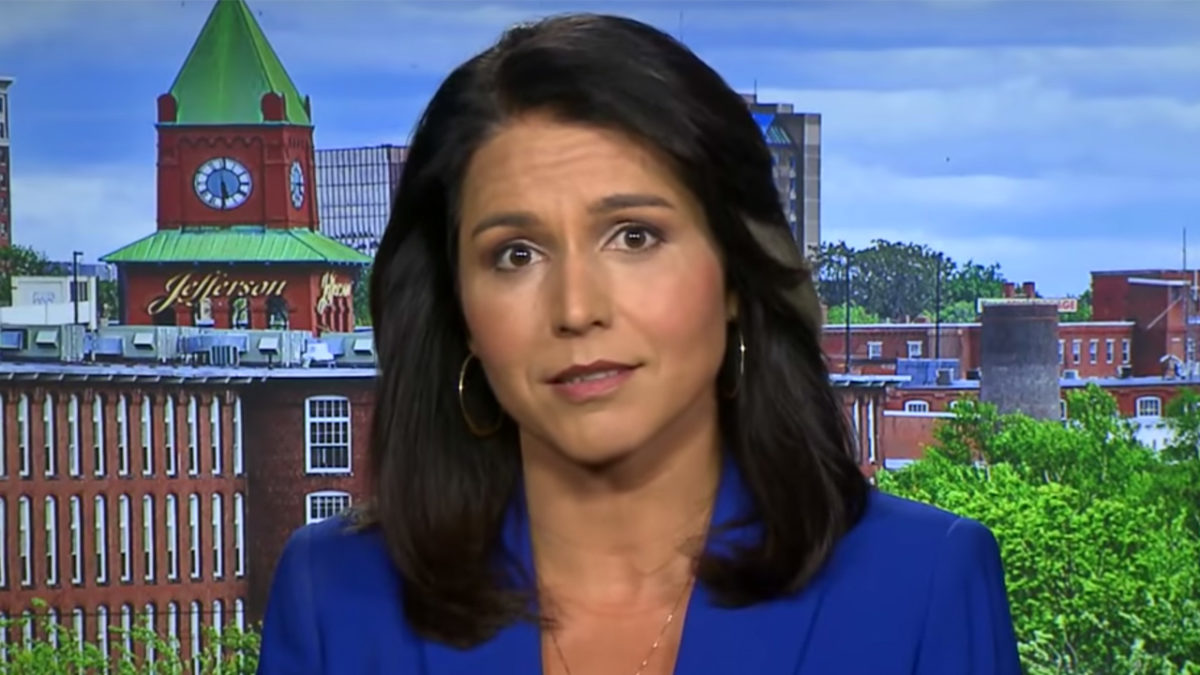 Congresswoman Tulsi Gabbard fired back this afternoon at Hillary Clinton over comments she made suggesting the Hawaii congresswoman and 2020 candidate is being groomed by the Russians.

Clinton said in a recent interview, of the Russians, “I think they’ve got their eye somebody who’s currently in the Democratic primary and are grooming her to be the third-party candidate. She’s a favorite of the Russians.”

When asked by NBC News if this was a reference to Gabbard, a Clinton spokesperson responded, “If the nesting doll fits…”

Gabbard responded this afternoon, calling Clinton, “the queen of warmongers, embodiment of corruption, and personification of the rot that has sickened the Democratic Party for so long.”

She dared Clinton to get in the race directly instead of “cowardly hid[ing]” behind proxies.

Great! Thank you @HillaryClinton. You, the queen of warmongers, embodiment of corruption, and personification of the rot that has sickened the Democratic Party for so long, have finally come out from behind the curtain. From the day I announced my candidacy, there has been a …

… concerted campaign to destroy my reputation. We wondered who was behind it and why. Now we know — it was always you, through your proxies and …

… powerful allies in the corporate media and war machine, afraid of the threat I pose.

It’s now clear that this primary is between you and me. Don’t cowardly hide behind your proxies. Join the race directly.

During this week’s Democratic debate, Gabbard blasted debate co-sponsors CNN and the New York Times for “smearing” her along similar lines. CNN commentator Bakari Sellers called her a “puppet” for the Russian government and the Times reported on her “frequent” mentions in Russian state news media.

Assad day for your candidacy. https://t.co/JsQHnY6Ygo