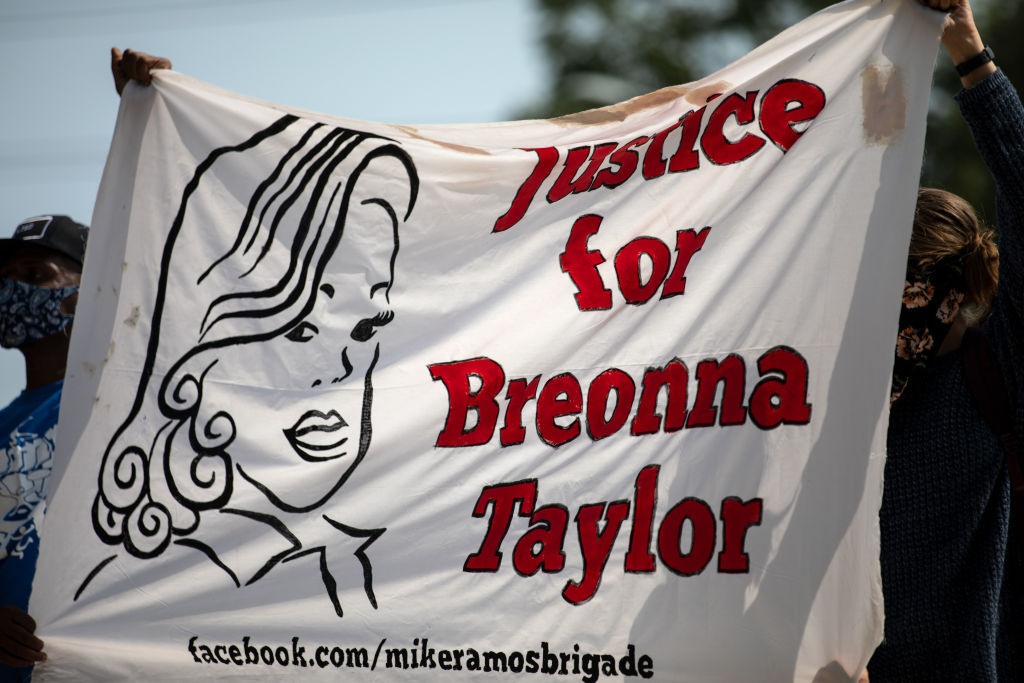 Celebrities are taking to Twitter to express their outrage over a Louisville grand jury’s decision not to bring murder charges against any of the officers involved in the killing of Breonna Taylor.

Former Det. Brett Hankison was indicted on three counts of wanton endangerment for firing gunshots during a raid on Taylor’s home on March 13. The other two officers involved, Sgt. Jonathan Mattingly and Det. Myles Cosgrove, were not indicted.

Kentucky attorney general Daniel Cameron said Taylor’s boyfriend, Kenneth Walker, opened fire at the police when they burst into her apartment, making Mattingly and Cosgrove justified in returning fire. Hankison was charged with wanton endangerment because his shots were also fired at neighboring apartments in the complex where Taylor lived.

Hollywood stars are not happy about the ruling. Some of the celebrities chiming in on Twitter include Kerry Washington, Mandy Moore, Viola Davis, Common, Ava DuVernay and Mia Farrow, to name a few.

As we reported earlier, AG Cameron said during an address that “celebrities, influencers, and activists” will “try to tell us how to feel” about the decision. As we also reported, MSNBC’s Joy Reid was among those outraged by the grand jury’s decision, calling it a “black lives don’t matter ruling.”

See tweets below from some of those expressing outrage.

I don’t have the words. #BreonnaTaylor and her family deserve justice. https://t.co/1Vu1zwetVi

Daniel Cameron is on Donald Trump’s short list as replacement of #RGB on the Supreme Court. The same man who decided to not charge the officers responsible for killing #BreonnaTaylor. Vote.

God bless Breonna’s family and all who knew and loved her. Her tragic death compounded by the violence of silence and inaction by the city she called home is more than any of them should have to endure. https://t.co/fcDmIWHlDS

“To be a Negro in this country and to be relatively conscious is to be in a state of rage almost all of the time.” James Baldwin. #BreonnaTaylor pic.twitter.com/CUcRcEsXCE

So, no one is responsible for killing #BreonnaTaylor ?

Disgusted. Enraged. Heartbroken. Please contribute if you can. Justice should not be a luxury. #BreonnaTaylor https://t.co/SruISxW1Wf

No. Officers. Charged. In. The. Killing. Of. #BreonnaTaylor.

One. Was. Charged. For. Endangering. But. NOT. Killing. Her. Neighbors. #MakeMeWannaHollerAndThrowUpBothMyHands. https://t.co/1khlfDlBv7

Black Lives Matter. Breonna Taylor’s life mattered. What has been announced in Kentucky is not even remotely in the realm of anything that even begins to approach true justice for her murder. #BlackLivesMatter #BreonnaTaylorWasMurdered

30 pieces of silver is the price for which #JudasIscariot betrayed #Jesus! #DanielCameron betrayed #BreonnaTaylor for 12 million! #TeamDl

The Justice system has failed #BreonnaTaylor. It has failed everyone.

Brett Hankinson, one of Breonna Taylor’s murderers, was NOT charged with murder, but with wanton endangerment. This crime is punishable with up to five years in prison. That’s one year for each bullet fired into her sleeping body. NOT GOOD ENOUGH. #JusticeForBreonna

Brett Hankison is indicted for shooting into the apartment NEXT to Breonna Taylor & not for KILLING HER.

He’s fired for shooting into BREONNA TAYLOR’S apartment & not for KILLING HER.

This is systemic racism.

Property is worth more than a Black woman. https://t.co/abVLkTqg1s pic.twitter.com/CwflSjR42h

In the middle of the night on March 13th Breonna Taylor, a 26 year-old EMT and aspiring nurse was shot dead by @LMPD officers in the hallway of her home.

She was a better version of me,” said her mom Tamika Palmer, a dialysis technician. “Full of life. Easy to love.” pic.twitter.com/jnaMSbvLTm

Hey @kyoag we don’t have to live in Louisville to know how you dropped the ball on this. #BreonnaTaylor was a citizen of the world and that’s why you will continue to see our protests of injustice across the globe. ✊?