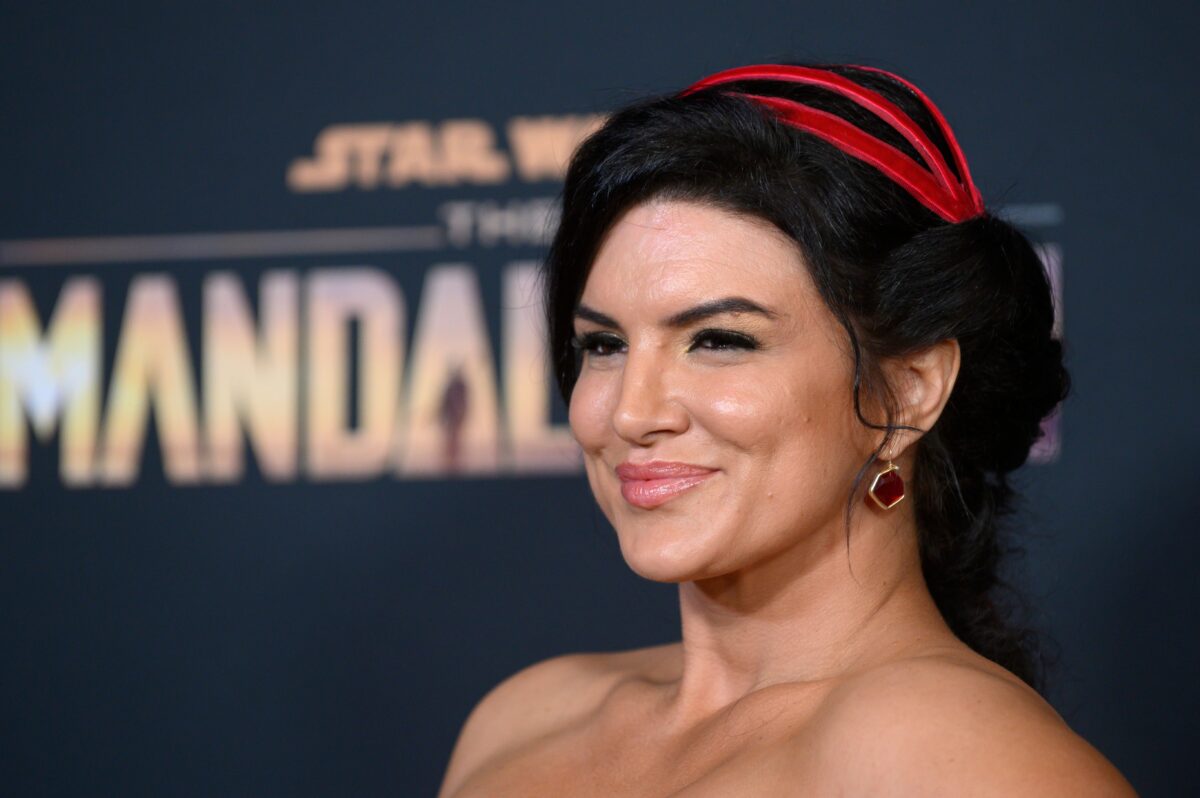 Actress Gina Carano is under fire for suggesting Republicans face similar persecution as Jews during the Holocaust.

The former MMA fighter, who appears on the Disney+ series The Mandalorian, received backlash on social media Wednesday after sharing a controversial post on her Instagram story. The outspoken conservative actress shared a post comparing the persecution of Jewish people in Nazi Germany to those experiencing hostility for sharing political views.

“Jews were beaten in the streets, not by Nazi soldiers but by their neighbors…even by children,” Carano wrote in a since-deleted post. “Because history is edited, most people today don’t realize that to get to the point where Nazi soldiers could easily round up thousands of Jews, the government first made their own neighbors hate them simply for being Jews. How is that any different from hating someone for their political views.”

In the time since she shared the post, #FireGinaCarano started trending on Twitter, with thousands calling on Disney to remove her from The Mandalorian.

This isn’t the first time #FireGinaCarano has trended on Twitter. The hashtag first emerged last year when she shared misinformation about voter fraud in the 2020 presidential election and discouraged mask wearing amid the COVID-19 pandemic. In November 2020, she was accused of being transphobic when she poked fun at people including their preferred pronouns on social media by writing her own as “beep/bop/boop.”

Gina Carano is saying that being a Republican today is equal to being a Jew during the Holocaust.

The level of cognitive dissonance is appalling. #FireGinaCarano

that moment when a transphobic, antisemitic, police bootlicker, covid denier and trump supporter plays a character who fought her whole life against oppression and tyranny. lucasfilm should be ashamed. fire her. #FireGinaCarano pic.twitter.com/IfA3ZF6RbW

#FireGinaCarano for believing racism isn’t real, for mocking trans pronouns, for spreading covid conspiracy theories, for supporting the white house insurrection, for being anti-mask, for posting anti-semitic pics and comparing being a trumper to being jewish during the holocaust

I’m not about to support a franchise whose star compares being a Republican to being a victim of the Holocaust, sorry. #FireGinaCarano

When her nonsense first started cropping up over the summer I was realistic about it being too late in production to have much influence on Mando S2–but with the next season a year or so away there’s never gonna be a better moment to #FireGinaCarano than right now.

UPDATE 10:00p.m, 2/10/21: Lucasfilm announced in a statement obtained by io9 on Wednesday night that Carano is no longer part of the Star Wars spinoff show, although it’s unclear if she was fired or will simply not be rehired after having completed her contract.

“Gina Carano is not currently employed by Lucasfilm and there are no plans for her to be in the future,” the statement read. “Nevertheless, her social media posts denigrating people based on their cultural and religious identities are abhorrent and unacceptable.”