Attention, Andrew Zimmern: Someone Found A Roach In Their McDonald’s Hashbrown 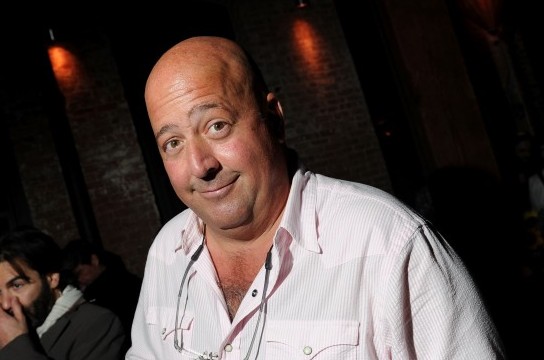 Stare into the eyes of a killer.

Over on Reddit’s WTF forum, user LinkBoyJT got over 1500 upvotes for a picture of a hashbrown he’d bought from McDonalds. Only there wasn’t an image of Jesus embedded in the potato. There was a dead cockroach.

To which we say: Suck it up, LinkBoyJT. Go back to your precious limp fried potatoes and your sterile ketchup. We know someone wouldn’t even blink over biting down on that puny insect: Cold blooded cockroach eater and all around badass guy Andrew Zimmern.

Andrew Zimmern would down that motherfucking cockroach with five types of sauces, and all of the sauces would have bear blood and bear bile and bear poison in it. Plus a ghost pepper, and the tears of your mother, who’s crying because you’re a DISAPPOINTMENT.

Then he’d sit down with Anthony Bourdain for a nice cup of tea with a side of maggots, and they’d laugh and laugh at your squeamishness as they slice open pythons and eat their brains with silver forks, licking their blood-covered hands with glee.

And Zimmern would pass him another bowl of those insects you get all wussy over. “More cockroaches? Crispy ones?  On top of a gratuitous fried egg?  Why…yes!” Bourdain would gasp, eyes alight. “Yes, I will!”

What have YOU done lately, LinkBoyJT? Take a photo of a fried cockroach and then complain about it on the Internet?

In fact, isn’t Reddit of the opinion that everything tastes better deep-fried? How can you not like a deep-fried cockroach covered in potatoes? Zimmern thinks you’re weak. Zimmern would eat that wriggly little cockroach alive, with no accoutrements save for a quick glaze of teriyaki sauce. Then he’d turn that moment into television, make bank, and then drive home early to spend quality time with his family. Maybe he’ll pick up some bath salts for his wife on the way home and do the dishes after dinner.

Because Andrew Zimmern is a stone cold bad ass.

(Now that we’re done with the gratuitous imagery, we must note that cockroaches in hash browns from McDonald’s is a legitimate health concern, and that LinkBoyJT is right to freak out. We hope that he’s doing all right and that this issue gets resolved quickly.)

(That said, Andrew Zimmern will eat your courage while it’s alive and shrieking.)