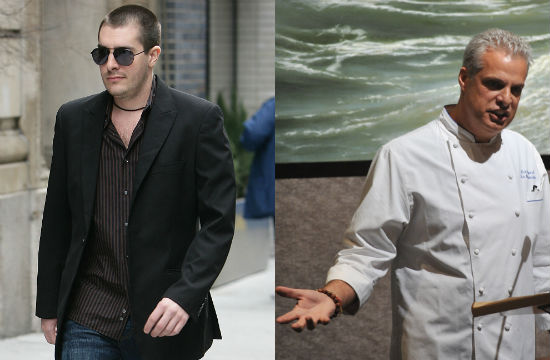 As you may or may not have noticed, Harold Dieterle’s The Marrow is in the midst of a review-blitz by critics who have swarmed the restaurant in its fragile, newly opened state. Both Adam Platt and Jay McInerney noticed on their visits that the restaurant’s namesake dish had a familiar feel about it.

Platt noted the “stodgy, ­canoe-size marrowbone, topped, less elegantly than at Le  Bernardin, with smudges of faintly overcooked uni,” while Jay tweeted, “Loved @pete_wells @newyorktimes review of the Marrow, but uni and bone marrow is strictly a ripoff of the great @ericripert.”

Ooh, did Dieterle gank a dish off Le Bernadin’s menu? Are food bloggers everywhere going to convene in their hovels with over-seasoned truffle popcorn to chant “FEUD, FEUD, FEUD” together while watching the Twitterverse explode with the news of this Grave Culinary Diss? Probably not to both. Here’s what:

Eric Ripert is a notoriously zen Buddhist who believes in peace and forgiveness and refuses to talk smack about his fellow chefs. Harold Dieterle is a notoriously dedicated, hard-working-chef-type, who, as Anthony Bourdain once noted, put his head down, put his Top Chef money to good use, and focused on opening restaurants, not fame.

Their responses to the allegations of a stolen dish?

Dieterle told Grub Street: “I was unaware that Chef Ripert offered a similar dish…The brininess of the uni and the richness of the marrow are a great pairing, so I’m not surprised to hear that other chefs have thought of it, too.”

Move along, folks. Nothing to see here.