Dinner At Home As You Know It Is Dying, And That’s A Good Thing 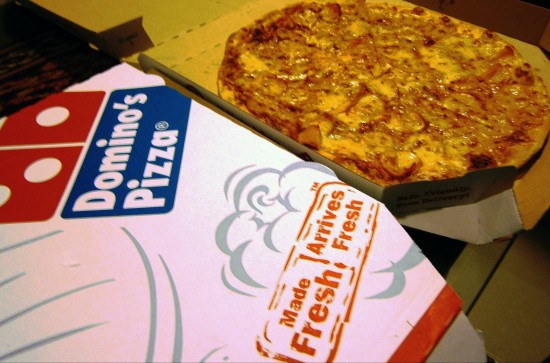 Long, long gone are the days when “delivery” meant your choice of the one pizza restaurant or one Chinese restaurant near your home. Long gone, too, are the days of complaining about the lines at the grocery store. The rise of food delivery services (both prepared meals and raw ingredients) is upon us, and companies like Maple, Blue Apron, and UberEATS are disrupting “dining in” as we know it in a major way. That’s a good thing.

Today, Fast Company gave us a inside look at David Chang‘s upcoming delivery service, Ando. Named for Momofuku Ando, who invented instant ramen (though, appropriately, it also means ‘I walk’ in Spanish), Ando will function exactly like any other Momofuku restaurant, except that you’ll never be able to go there. If Chang does one thing right, it’s predict where food is going, and then set that trend. You know that “tiny, undecorated, no-reservation spot that just opened near you, serving fancy versions of lowbrow dishes made with top-quality ingredients and high-end technique? You can probably thank Chang.” Delivery-only is the future and several companies are stepping it up in a major way.

The demand for high-quality food at every level has never been higher. Upcoming mini-city Hudson Yards is using restaurants to bring in tenants, where before developers used to use department stores. Music festivals, formerly home to half-heated slices of pizza and popcorn now have food lineups on par with the music. Sad desk lunches are no longer sad thanks to a wide variety of new fast-casual spots opening up, like Chang’s Fuku and the upcoming Make Nice from Will Guidara and Daniel Humm. Of course, you can’t eat as cheaply at Fuku as you can at McDonald’s. But people, millennials in particular, are willing to pay up for better quality. A 2015 study showed that 87% of millennials”splurge on a nice meal, even when money is tight.”

And we’re more interested in both eating and cooking than ever. Michael Pollan notes in his Netflix series, Cooked, however, that while our interest in cooking is going up, the amount that we’re doing it is going down. Millennials are independent. A lot of us are living alone or with roommates, and for the most part, groceries are kept separate. To buy the ingredients to make meals we actually like is inconvenient and expensive. Grocery delivery services like Blue Apron, Home Chef, and others are the answer.

To put it bluntly, food shopping in New York City, especially as a millennial, sucks. If you’re just one person, there’s a constant battle between “I don’t want to eat the same thing every day” and “I don’t want to waste all these insanely expensive groceries I just got.” Companies like Blue Apron are hoping to mitigate that by delivering pre-portioned, farm-fresh ingredients for three balanced (500-700 calories) dinners per week. And now, they’ll deliver wine to go with it every month too. At $9.99 per meal per person, the price is certainly steeper than a meal from the grocery store, which from personal experience can cost anywhere between $4 and $6. Though Blue Apron can’t match my cost, their ingredients are better and more varied. Left to my own devices at the grocery store, I’ll spend a week working through the same bag of lettuce, the same container of tomatoes, and the same can of chickpeas for five lunches.

Services like Ando, Maple (also David Chang-backed), and UberEATS (which launched this week in New York City) provide a different kind of high-quality food delivery, in the form of prepared meals. UberEATS aims to compete with Seamless, and delivers meals from restaurants that sometimes don’t otherwise offer delivery. Think: dinner from The Cannibal at home, quickly, with Uber’s tracking system. The tracking system is sort of new, and the quality is better than some of the neighborhood spots, but other than that it’s unclear how UberEATS will distinguish itself from other more traditional delivery services. Ando and Maple offer a more interesting look at the future.

Like Ando, Maple has no storefront. There are a variety of kitchens throughout the city, and the meals are prepared and packaged with delivery in mind. Because of the number of kitchens, the food never has to travel too far to get to you. It arrives hot and intact. The choices are varied, balanced, and come at a flat rate of $12 for lunch and $15 for dinner including tax, tip, and any delivery fees, respectively. You can open your own wine, eat on your schedule, and you don’t have to leave the house. The meals are items you could cook and would want to cook, but you probably wouldn’t cook, like cider glazed pork with butternut squash. Ando will be the more focused, restaurant-like version of this service.

There’s a significant advantage to Chang in this venture as well. Ando’s kitchen is located in a Midtown Manhattan basement, where rent is significantly lower than at his East Village restaurants. And though he’ll have to pay a staff including cooks and couriers, he won’t need a hostess, bartenders or servers, and he doesn’t need to decorate or maintain the space in the same way. And, since Ando’s customers don’t take up any space, the restaurant can serve many more people each night and not have to worry about turning tables or washing dishes.

In every instance, everyone wins. Delivery is the future. What’s everyone ordering in tonight?