Wanna Know How Ugly Drinking Will Make You? There’s An App For That 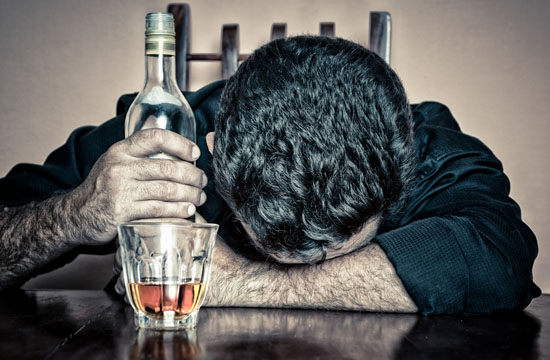 As today is Friday and the only thought on your mind right now is “BEER LIQUOR WINES MOONSHINE GET ME OUT OF WORK,” we thought we’d give you a bit of a public service announcement: please don’t overdo it with the alcohol. If we cannot appeal to you for the sake of your liver, or your metabolism, or even The Children (you monster!), then we’ll try to appeal to your vanity. If you keep drinking a ton, you’re going to look real ugly.

Your face will deflate as the years pass, wrinkling and slowly collapsing on itself like a weathered old soccer ball abandoned behind the playground shed, cracks spreading along the fleshy folds of what once were cheeks (and can now be rightfully called “jowls”), bloodshot eyes clouding over with a phlegmatic yellow haze. It is true. We saw the future, yours and ours, in this app made by the Scottish Government (the irony) that dramatically illustrates the effects over time of drinking too much.

The premise is simple: take your photo using the camera on your computer, line it up in the Drink Smarter light box, and admit (to yourself, and also the computer) how many drinks you imbibe per week. And presto — you’ll see how bad you’re going to look in about ten years!

For some reason, chefs either seem to be immune to the aging process, or they’re all about ten years younger than we think they are. We’re going to say it’s the former, and use this photo of Justin Bieber as an example of what happens when someone drinks ten or more drinks a week, so as to not ruffle any chef feathers. (And because we think Anthony Bourdain will really like it.) 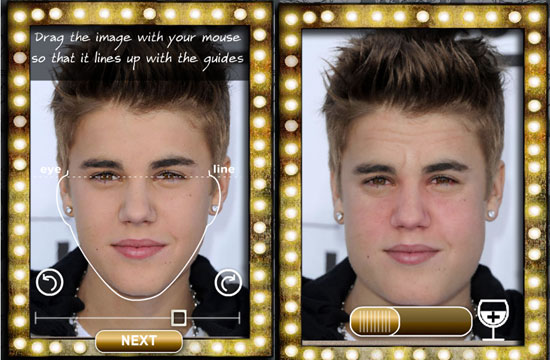 Oh gosh, alcohol is dangerous. But as long as we’re altering the faces of universally loathed people, try Chris Brown! 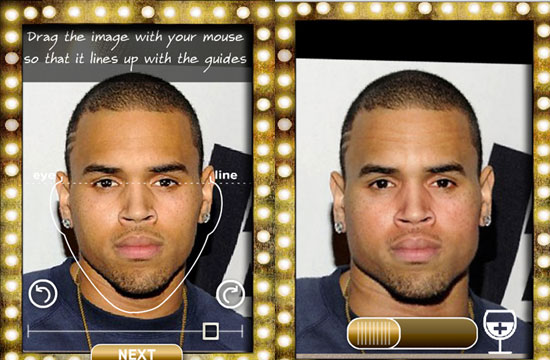 We’re stopping before we get carried away and forget about the part where we tried this out on our own faces and, too horrified by our own results, sublimated our fears by taking it out on some celebrities.

RELATED:
Anthony Bourdain Responds To Justin Bieber Pissing Video…Aggressively
Beer Pong Will Give You Diseases, Play These Chef-Inspired Drinking Games Instead
The One Time That Giles Coren Will Actually Recommend Drinking Non-Alcoholic Beer