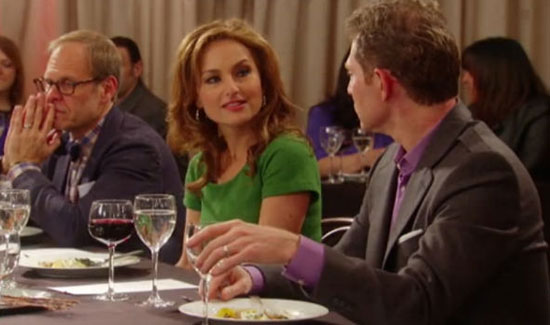 We watch a lot of TV at The Braiser. And it’s rare that after the premiere of a reality cooking competition we get genuine butterflies. The first episode is always rough. It’s impossible to keep all the contestants straight, and Padma or Giada or Gail can only be so charming. But tuning into last night’s 2-hour Season 8 premiere of Food Network Star, dare we say we got legitimately hooked? We dare!

This season’s major shakeup includes the adoption of a mentor format, in which judges Bobby Flay, Giada De Laurentiis, and newcomer Alton Brown hand-picked their own “teams” of five chefs each to rep them in the competition. They’ll get to groom their contestants into the next Food Network Star, while the winner’s mentor will actually get to produce their show. So, let’s get to it.

We get to watch the three teams form in the casting special: Bobby wants real chefs -— he’s confident he can teach TV/camera skills; Giada wants personality, cooking skills optional; and self-declared underdog Alton wants someone who would otherwise never be chosen by the Network, natch.

Robert Irvine comes out to deliver the first challenge: teams must compete in what is essentially a three-way Restaurant Wars-style challenge (but it’s Food Network, so they spin it as a Restaurant: Impossible-inspired one), in which they must design a restaurant and cook for 150 people, all with half the budget of Irvine’s show.

Team Alton goes Southern with a restaurant called Do South. Team Giada opts for “california clean” with Blu, and Team Bobby goes with the bold, flavorful profiles of each of their individual chefs at The Tasting Space.

After shopping, the chefs get six hours to cook for their 150 patrons. Team Giada rocker Josh‘s eggs are forgotten at the grocery store and he has a panic attack about his soup dumplings. But, chill Hawaiian chef Ippy saves the day by suggesting he fry them. “Handcrafted” food expert Eric (Team Bobby) bites off a bit more than he can chew, opting to make his own pasta dough and ricotta for ravioli. His cheese doesn’t curdle until the very last second.

The Network (comprised of exec Bob Tushman and Senior VP of Marketing, Creative Services, and Brand Strategy Susan Fogelson) comes in to remind the teams of all the qualities they must possess to become a Food Network Star, and they learn they have to make a 2-minute demonstration to entice their potential diners. Obviously, brownie points are awarded to the team who can get the most patrons in their seats.

In presentations, Team Alton performs memorably, with the exception of Christie, who doesn’t seem to understand Southern geography, despite being from Mississippi. Team Giada is peppy but doesn’t boast very memorable dishes. And Team Bobby is a snore but with some serious-sounding food.

After service begins, clear frontrunners are Ippy (Team Giada) with his laidback vibe, Michelle (Team Bobby) with her sassy personality and sexy mussels, Judson (Team Alton) with his NoLa cooking and Southern hospitality (and bow tie and Mardi Gras beads), and Justin (Team Alton) AKA Baby Dufresne, on whom Giada forms an instant crush despite the fact that he’s like 15.

In lieu of a stew room segment, we get to watch the judges debrief their teams on how tasting went before they meet with The Network. The verdict? Team Bobby wins! They’re safe from elimination.

The weakest members of Team Alton and Team Giada are on the chopping block: Christie, because of her weirdly angry pitch on her passion for healthy cooking, and Josh because of his cheesy rocker gimmicks and crappy soup. Their Producer’s Challenge? To make a Mother’s Day Brunch segment using a dish in their wheelhouse and make a one-minute on-camera presentation of it.

Josh makes a frittata and, after clumsily pitching some weird ideas (including a bit in which he links the egg dish to moms because we have their eggs to thank for being here…), Giada guides him through his final take. Alton gives Christie an amazing pep talk before she presents her Producer’s Challenge dish, a healthy take on a Scotch egg, while telling the story of how her brother came home from serving in Iraq on Mother’s Day.

Next, we enter The Pitch Room, where the producers/mentors have to pitch their contestants as the one to save. Josh’s frittata is tasty and simple, while Christie’s Scottish egg made with ground turkey instead of pork doesn’t taste like “a healthy alternative,” which, in this case, is a good thing.

In the end, Christie gets the ax, which is fine by us, because she was annoying, complained a lot, and lacked a basic understanding of American geography. In other news, we, like Giada, are embarrassingly crushing on Justin and he’s our early pick to win it or become otherwise wildly famous.