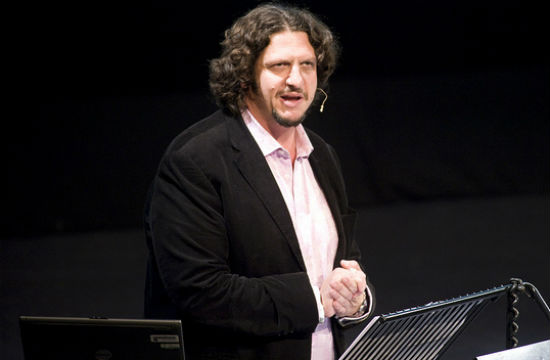 Jay Rayner feels about garnishes the way we at The Braiser feel about Marcel Vigneron’s foams: superfluous, prissy, and generally unnecessary. Granted, in general, we love it when people hate stuff, from Eddie Huang’s firm anti-culinary imperialism stance, to the sweet joy experienced by Tiffany Derry when finally slaying Tom Colicchio’s hatred of okra with a successfully non-slimy batch. Jay’s anti-garnish rant was equally satisfying in the critically delicious way. He writes:

“The use of tweezers is just a symptom of the garnish disease. Garnishing is the art of the superfluous. It is an expression of prissiness in food, an attempt to make the gloriously knuckle-dragging business of preparing good stuff to eat – put meat on fire, throw fish in frothing butter – look delicate and considered.”

We’re pretty sure Grant Achatz’s tweezerwork could prove to be the exception to this rejection of all foods delicately plated, but, as for the average, non-Michelin-starred kitchen grunt, we feel Jay on this one.

“Have you ever had to do it: chop, chop, chop, turn, scrape together, chop again, until you have both a green dust and have lost the will to live?” he asks. You can blame Anne Burrell for teaching us how to chiffonade basil on that one episode of Worst Cooks in America.

Jay then drops the grand-daddy of all ganish crimes on us: “But perhaps the most shameful crime is the placing of a basil leaf — or “dessert parsley” as I heard it called recently — on top of a scoop of vanilla ice cream. Especially if placed there with a pair of tweezers.”

So, in conclusion, dessert parsley garnish Jay’s ice cream again, and he will tweeze tiny needles into your eyeballs, you tool.