WATCH: Binge on All 6 Episodes of Padma’s Picks 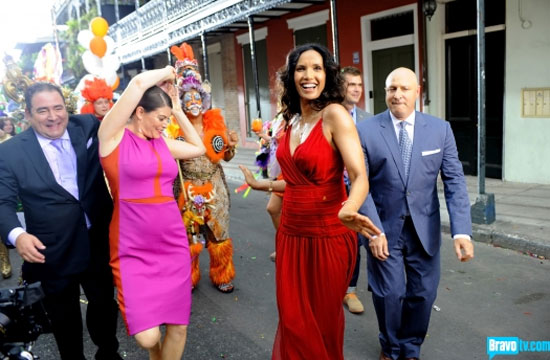 We were so excited to share the premiere of Padma’s Picks, the new Bravo webseries where Padma Lakshmi selects hot young New Orleans chefs to compete on Top Chef’s 11th season, with you. We were so thrilled. We were deliriously giddy with delight, really, we were.

Now we can…in six episodes, released all at once like some reality TV version of the new season of Arrested Development, or Star Wars starring Padma Lakshmi. We’re slightly overwhelmed, but we’ll troop through it. Have a good hour or so to kill? Sit tight, because we have all of the episodes right here. (Don’t forget to stretch before sitting down, because otherwise you might have back issues.)

In Padma Wars Episode I: The Grande Dame Menace, Casey Morvant (Armaud’s) and Michael Sichel  (Galatoire’s, 33 Bar and Steak) fight some sort of battle based on their intense, burning rivalry against each other. Cue the fight music:

(We would have Padma Wars Episode III: Revenge Of The Dive Bars, but for some reason, Bravo has not posted it online. Ugh, get it together, Bravo.)

Whew! That was exhausting, no? Let’s get Sazeracs. If you skipped to the bottom for spoilers: one, you’re so naughty and Padma will spank you, and two, Justin Devillier (La Petite Grocery) and Michael Sichel (Galatoire’s) won. Whatever, let’s still get Sazeracs.