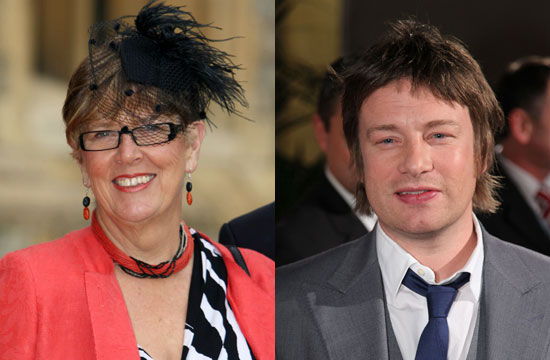 “Whoa whoa whoa there, Prue Leith!” you might say. “We know you have a Michelin-starred restaurant and that you helped the British government with the School Food Trust, but going after Jamie Oliver? He of the Healthy Cup and the Food Revolution? Surely you jest.”

Nevertheless, Leith is sticking by her words, saying that Oliver’s push to change school lunches in England actually has made kids eat worse, as their parents pull their children out of lunch programs and send them back with horrible foods. Which, statistically speaking, is true: a 2009 study showed that the number of children eating British school lunches dropped by 400,000 over the past four years. Coincidentally, that was when Jamie Oliver’s School Lunches began airing and introduced the world to the beauty of the Turkey Twizzler.

Leith, speaking at the Hay Festival of Literature and Arts, says that Oliver’s program worked too well and drove the government to launch a marketing campaign getting parents — many of whom don’t know the first thing about cooking or healthy eating — back into the school lunch program. The Telegraph reports that “one child’s lunchbox that [Leith] inspected contained a can of Coke, a packet of biscuits, a Kit Kat, a sugary cereal car, and two sets of pink and white sugar false teeth.”

(By the way, what’s a cereal car? Is it a Rice Krispies treat that’s shaped into a car? Do kids eat it by pretending to drive them into their mouths?)

We can only presume that in response, Oliver simply said “Haters gonna hate,” and brushed the vegetable-patch dirt off his shoulders.