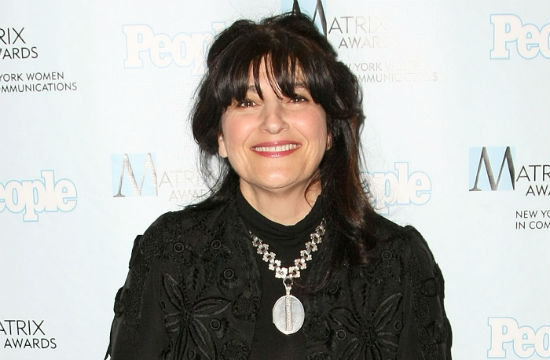 Before we could even organize our thoughts about last night’s Top Chef: Masters challenge cohesively enough to compose a rant, Season 5 critic Ruth Reichl wrote one for us. (Sidebar: has anyone else noticed her looking especially foxy this season? Keep doing you, RR.)

On last night’s episode, the remaining Masters were tasked with creating healthy dishes for a kids’ Yo Gabba Gabba party using notoriously unpalatable ingredients like Brussels sprouts, beets, and avocado. Predictably, the chefs who stuck with the tried and true parental technique of hiding the vegetables in dishes like spaghetti bolognese and mac ‘n’ cheese with bacon received the highest marks, while chefs like Bryan Voltaggio opted for keeping the vegetable the star of the dish, often falling short of pleasing the clientele.

Of course, this buys into the whole pandering-to-children’s-palates thing, which is completely ridiculous, because nowhere else in the world do kids eat completely separate meals from adults, as if their tiny taste buds aren’t yet properly formed.

“I want to apologize for the way we judged this show,” Ruth wrote her her Bravo blog, fessing up to playing into the warped attitudes surrounding the American “kiddie-menu” complex.

This is an important challenge, and I’m not totally happy with the outcome.

But I can’t blame anybody but myself.

There’s no doubt that Neal’s dish was the kids’ favorite. I liked it too. Anybody would: it was soft, tasty, inoffensive. It was a high class version of Chef Boyardee. But what’s the subliminal message of a dish like this? What are we telling our kids?

We’re saying, loud and clear, that vegetables taste best when they’re hidden. Is this really the message we want to be sending?

I didn’t love Bryan’s Ruby Beet Sorbet with Toasted Granola and Vanilla Yogurt Dome. I didn’t even like it. But I love the fact that Bryan’s three kids would eat beet sorbet and ask for more. And frankly, I’d rather my own kid would gobble up a dish that proudly trumpets “I am a vegetable’’ than one where the vegetables are sneaking around in disguise.

She admits that, if she had a do-over, she’d reward the chefs who highlighted the produce in all their veg-tastic glory, instead of punishing them for like, you know, not making pasta. Think of how much less problematic the Freshman 15 would be if we didn’t teach our kids that a massive bowl of noodles with some sauce constitutes a balanced meal!

You can read Ruth’s mea culpa in its entirety here.