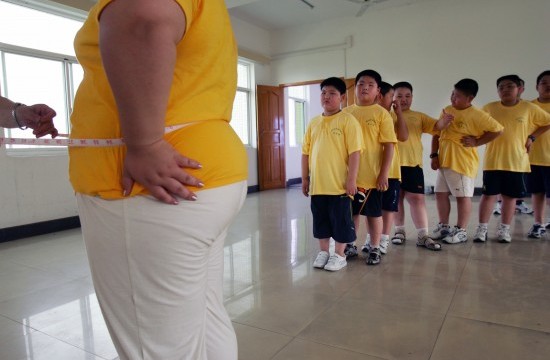 A recent British study has some startling conclusions, especially for those laissez-faire eaters: overweight people are placing an “unsustainable” amount of pressure on our planet’s resources.

In an ironic twist on the Malthusian catastrophe, the London School of Hygiene and Tropical Medicine (LSHTM) stated that while population growth will threaten environmental sustainability, the weight of this population translates into a higher demand for resources that agriculture can’t keep up with.

“Because heavier people need more energy to fuel their larger body mass they consume more food than the equivalent lean person,” said John Mathers of Newcastle University. “Some fatter people may consume more energy-dense foods, such as foods that are rich in fat and/or sugar and low in water, but this is secondary to their consumption of more food.”

He also warns that fat people, more likely to eat animals and animal products, are doubly harming the planet because of the energy needed to produce meat.

So how fat are we? Adult humans weigh a collective total of 287 million tons, but 18.5 million of those tons belong to overweight and obese individuals. Most of those individuals live in wealthy countries, particularly in North America and England. If we were to liposuction all the fat off the world’s overweight people, it would fill the largest lake in England, which is a pretty big lake.

But Ian Roberts of LSHTM is really, really not telling you that it’s your fault that you’re fat — it’s that everyone around you is eating badly, and he’s probably right. “I feel sorry for people in rich countries, where in order to maintain a health body mass index, you’ve almost got to starve yourself, because the environment encourages fatness.”