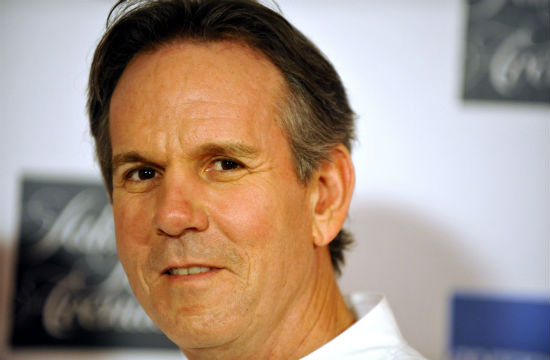 Thomas Keller was just hangin’ out in Napa, minding his own business — running a culinary empire, grooming new chefs at The French Laundry, probably answering some heartfelt Facebook messages of gratitude and appreciation from his former proteges who have gone off into the world to do their own great things — when some tomfool over in jolly ol’ England totally sucker-punched him out of nowhere. What the what, lady?

New London food critic for The Guardian’s Weekend Magazine Marina O’Loughlin wrote an article about the importance of anonymity as a critic and her preference for unfussy restaurants, when she wholly unnecessarily hurled Keller under the bus to illustrate her point about the overindulgence of fine dining. O’Loughlin writes:

“Extraordinary food doesn’t always equal bliss: I’ve railed in the past about those overstuffed, Michelin-frotting joints where the cooking is exquisite but you reel out into the night overfed, hundreds of quid lighter, vaguely vomitous, and wondering if you’ll ever get those four hours of your life back again (yes, French Laundry, I am looking at you).”

Hey, now. Let’s take it down a notch, okay? How about you pick on someone your side of the pond?

We will, however, agree with O’Loughlin’s point about critics’ anonymity. Especially taking into consideration the way the Brits seem to be doing it. She quotes reviewer Giles Coren’s book How To Eat Out, writing, “He admits it’s tough to give a stinker of a review when you’ve met the chef and been given an offer to ‘take sexual advantage of his eldest daughter at my earliest convenience’. Well, quite.”