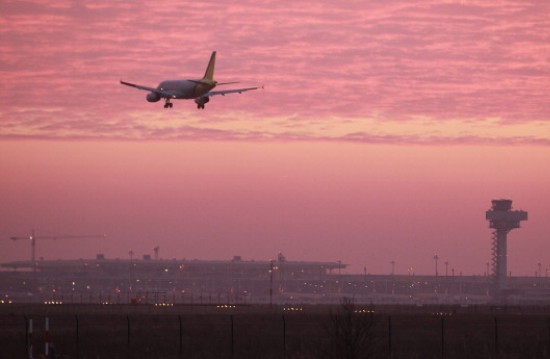 The only thing worse than flying in an airplane is flying in an airplane sober. Drinking is one of the only things you can legally do to take you out of what is otherwise a horrendously scary experience. Even when it’s not terrifying it’s terrifying. But up until now, drinking on airplanes was all business. As much as you can, as fast as you can, in whatever form it comes in. KLM Royal Dutch Airlines is putting the fun back into it. Starting in August, Heineken will deliver four kegs of beer to every flight. Partay!

In an interview with Fox News, KLM’s VP of in-flight services said “We are always looking for typical Dutch products to set us apart from other companies. Heineken is our beer partner for many years, and we both know that customers rate a beer from draught higher than out of a can.”

To get the tap beer into the air, a new kind of tap had to be designed. Because of air pressure, if you used a traditional tap, it would only dispense foam. But, the good engineers who designed the new tap made it happen.

Airlines have been trying to make air travel more pleasant and tasty for a while now. Danny Meyer recently announced a partnership with Delta to handle their food on international flights leaving JFK. I personally would prefer it if all these people got together and figured out how to rid the air of turbulence, but if they’re not going to do that, a lager on draft will do for now.