Andrew Cuomo Reportedly Getting Over $5 Million for Book Deal 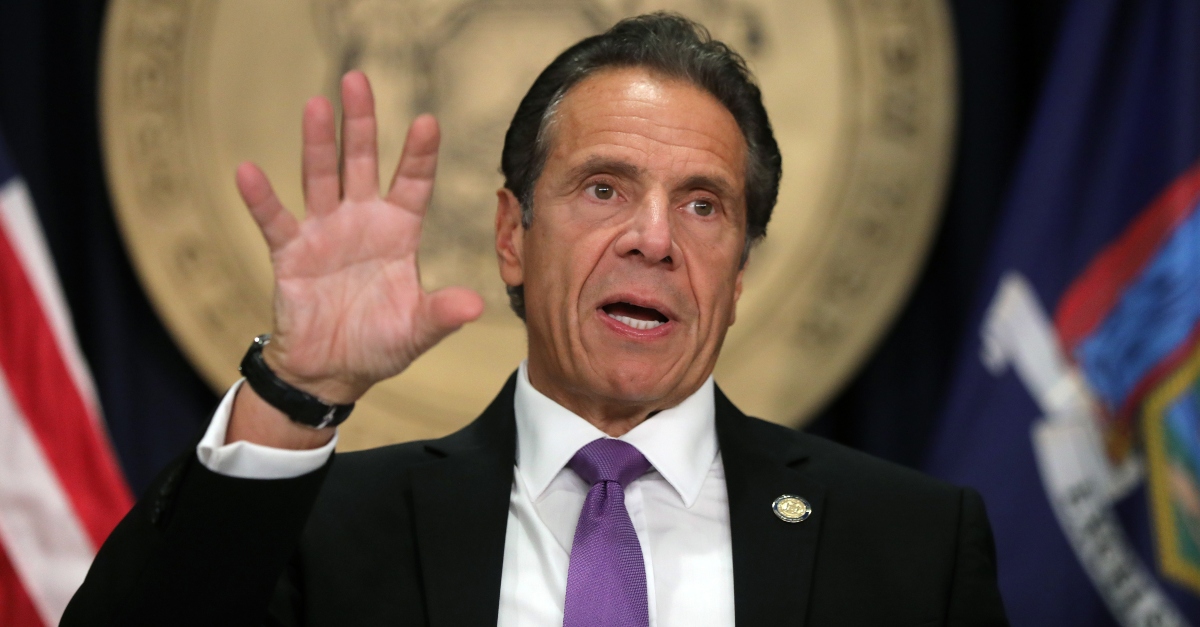 Scandal-plauged Governor Andrew Cuomo is reportedly receiving a total of $5.1 million for his book deal.

You may remember that October, the New York governor released a book called American Crisis: Leadership Lessons from the COVID-19 Pandemic. Cuomo was criticized going back to when the book was announced in August for writing a book about the pandemic amid the ongoing pandemic.

In the past few months, Cuomo has faced two scandals — one over nursing home covid deaths in the state, and one over multiple allegations of sexual harassment.

The publisher of Cuomo’s book said in March it stopped promotion of American Crisis, and just weeks ago the New York Times reported that the governor’s book deal “that ended with a high offer of more than $4 million.”

We now have a more definitive number, because according to the New York Times, Cuomo is getting over $5 million total:

Gov. Andrew M. Cuomo reported earning $3.12 million last year from his memoir about leading New York during the coronavirus pandemic, according to figures obtained by The New York Times and set to be released publicly on Monday. State officials said his contract for the book also included another $2 million to be paid over the next two years…

Richard Azzopardi, a spokesman for the governor, said Monday that Mr. Cuomo had netted $1,537,508 from the book last year, after expenses and taxes.

“From that net income, the governor donated a third to the United Way of New York State for statewide Covid relief and vaccination effort, and is giving the remainder in a trust for his three daughters equally,” Mr. Azzopardi said in a statement.

One of the investigations into Cuomo by New York attorney general Letitia James, the Times reported last month, is into the governor’s use of state resources for his book.