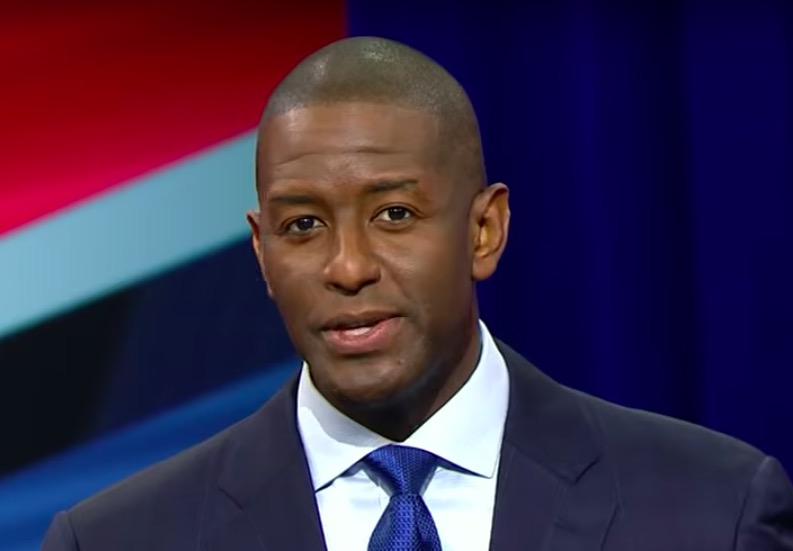 Andrew Gillum, current CNN contributor and former candidate for Florida governor, was found “inebriated” in a hotel room early Friday morning after police responded to a call about a suspected overdose.

Gillum confirmed the incident in a statement to Mediaite on Friday, but denied he had taken any drugs.

“While I had too much to drink, I want to be clear that I have never used methamphetamines,” he wrote.

The Democratic former mayor of Tallahassee ran against Florida Governor Ron DeSantis in 2018, losing in a close race.

According to police docs, reported by the Miami New Times, officers responded around midnight to a possible drug overdose at the Mondrian South Beach Hotel in Miami.

One of the men in the room, Aldo Mejias, told police he arrived there after 11 p.m. Another man, Travis Dyson, opened the door and immediately collapsed and began vomiting, according to Mejias. He also said he saw Gillum in a bathroom vomiting. Dyson was treated and determined to be in stable condition.

Police said “Gillum was unable to communicate with officers due to his inebriated state,” but that he “left the hotel room and returned to his residence without incident.”

In the hotel room, per the report, “officers observed in plain sight three small clear plastic baggies containing suspected crystal meth on both the bed and floor of the hotel room.”

“I was in Miami last night for a wedding celebration when first responders were called to assist one of my friends,” Gillum said in his statement. “While I had too much to drink, I want to be clear that I have never used methamphetamines. I apologize to the people of Florida for the distraction this has caused our movement. I’m thankful to the incredible Miami Beach EMS team for their efforts. I will spend the next few weeks with my family and appreciate privacy during this time.”