Biden Staffer ‘May Be’ at Fault for Texas Crash; Won’t Return Calls: Police 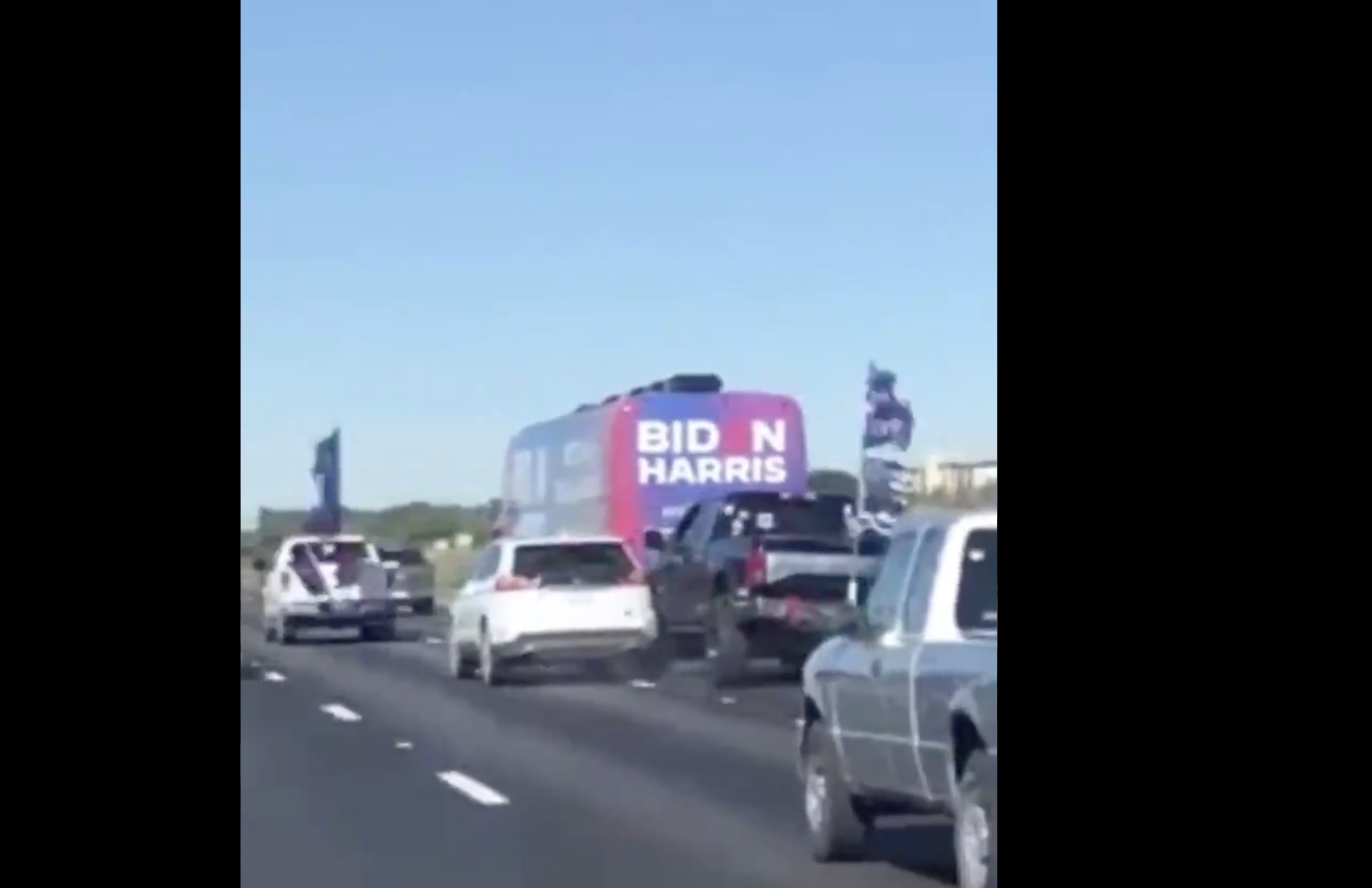 A staffer for Democratic presidential nominee Joe Biden “may be” at fault for Friday’s collision involving a supporter of President Donald Trump’s outside San Antonio, police said in a statement not responded to efforts by police to get in contact.

The development comes after a Friday incident in which a caravan of Trump supporters drove alongside a Biden campaign bus as it departed from an event in the state. Video of the caravan showed a white van, driven by a Biden staffer on Interstate 35, swerving into a lane behind the bus, which was occupied by a black truck carrying flags displaying Trump campaign logos. The two vehicles briefly made contact, but continued to drive while swerving between lanes, before the driver of the van returned to their own lane.

“The at-fault vehicle may be the white SUV and the victim appears to be the black truck,” the San Marcus Police Department said in a statement Sunday. “Calls to the driver of the white SUV have gone unanswered, and SMPD has not been contacted by the driver of the black truck. Since SMPD has not spoken to either driver at this time, additional investigation would be required to fully ascertain who was at fault.”

The statement added: “Members of what is believed to be a campaign bus for Kamala Harris as well as following vehicles with campaign staffers advised the Kyle Police Department via telephone that they did not intend to stop, so Kyle Police obtained contact information so contact could be made at a later time.” It added that involved parties could contact San Marcos police if they wanted to file a report.

The Biden campaign cancelled three campaign events scheduled to take place in the state on Friday as a result of the incident, while blaming Trump’s supporters for putting “staff, surrogates, supporters, and others in harm’s way.“ The president, meanwhile, expressed his support, writing on Twitter, “I LOVE TEXAS!”

The FBI said Saturday it would also investigate the incident.