Five Most Disturbing Trump Claims from ‘Anonymous’ Book Leak: ‘Let’s Get Rid of the [Expletive] Judges’ 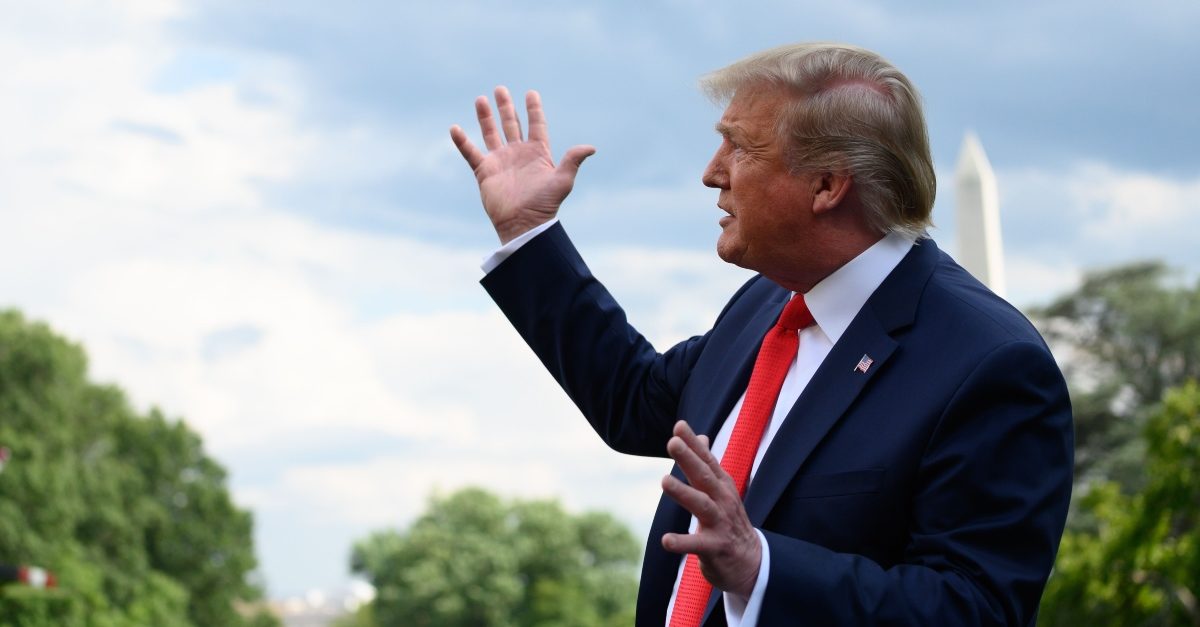 The soon-to-be-published “Anonymous” insider’s account of life in the White House includes a number of bizarre, ominous, and expletive moments from Donald Trump’s tenure as president, among them, that he viciously mocked immigrant mothers coming into the US, pushed for a purge of federal judges who struck down his first Muslim travel ban, and stubbornly refused to confront the Saudi ruling family over the killing of Washington Post journalist Jamal Khashoggi.

According to leaked excerpts first published in the Washington Post, the anonymous author’s overall indictment of Trump finds him grossly incompetent and materially unfit for the office of president, likening his White House leadership style to a “12-year-old in an air traffic control tower.”

However, the book’s author, who claims to be an official who works or has worked in the Trump White House, has intentionally left out key details that could be used to unmask his or her identity. As a result, it is impossible to independently corroborate the allegations made in the book. The White House has already dismissed the author as a “coward” and the book as a “work of fiction.”

With that caveat, here are five of the most damning and outrageous claims made about Trump in A Warning, which is due out November 19.

After his initial travel ban against several Muslim-majority countries was repeatedly struck down in federal court, causing widespread chaos at airports across the country, Trump appeared ready to foment a Constitutional crisis mere weeks into his presidency. Lashing out, he urged White House counsel to draft a bill that would summarily strip down the ranks of judiciary.

“Can we just get rid of the judges? Let’s get rid of the [expletive] judges,” the president suggested to his aides, according to the Post‘s copy. “There shouldn’t be any at all, really.”

In the wake of the brazen 2018 killing and dismemberment of Post columnist Khashoggi by Saudi government assassins, Trump reportedly refused to hold Crown Prince Muhammad bin Salman accountable. Fearful of a spike in oil and gas prices if the Saudis retaliated to any action he might take, Trump instead chose to  briefly condemn the murder, but never implicated MBS in the crime and did not exact any diplomatic or financial price from the Saudi government.

“Do you know how stupid it would be to pick this fight?” Trump said, per the Post. “Oil would go up to $150 a barrel, Jesus. How [expletive] stupid would I be?”

Trump also comes across as obsessed with leaks from his White House and is portrayed as paranoid about any of this staff recording him of taking notes. In one moment eerily reminiscent of an iconic, “Stringer Bell” meme from The Wire, the author claims Trump angrily berated an aide for writing down his conversation during a meeting, saying: “What the [expletive] are you doing?” before adding: “Are you [expletive] taking notes?”

The Wire GIF from The GIFs

4. “At least if they came in with a husband we could put him in the fields to pick corn…”

Trump’s unabashed nativism is reportedly even more vicious and cold-blooded in private, according to the book. At one point mocking migrant women fleeing into the US with young children, Trump allegedly affected a mock Hispanic accent to bash them as “useless.”

“We get these women coming in with like seven children,” the author claims Trump complained. “‘Oh, please help! My husband left me!’ They are useless. They don’t do anything for our country. At least if they came in with a husband we could put him in the fields to pick corn or something.”

5.  “He uses words like ‘sweetie’ and ‘honey’ to address accomplished professionals.”

“[Trump] comments on makeup. He makes jokes about weight. He critiques clothing” of women in his orbit, according to the book excerpt in the Post. “He uses words like ‘sweetie’ and ‘honey’ to address accomplished professionals. This is precisely the way a boss shouldn’t act in the work environment.”