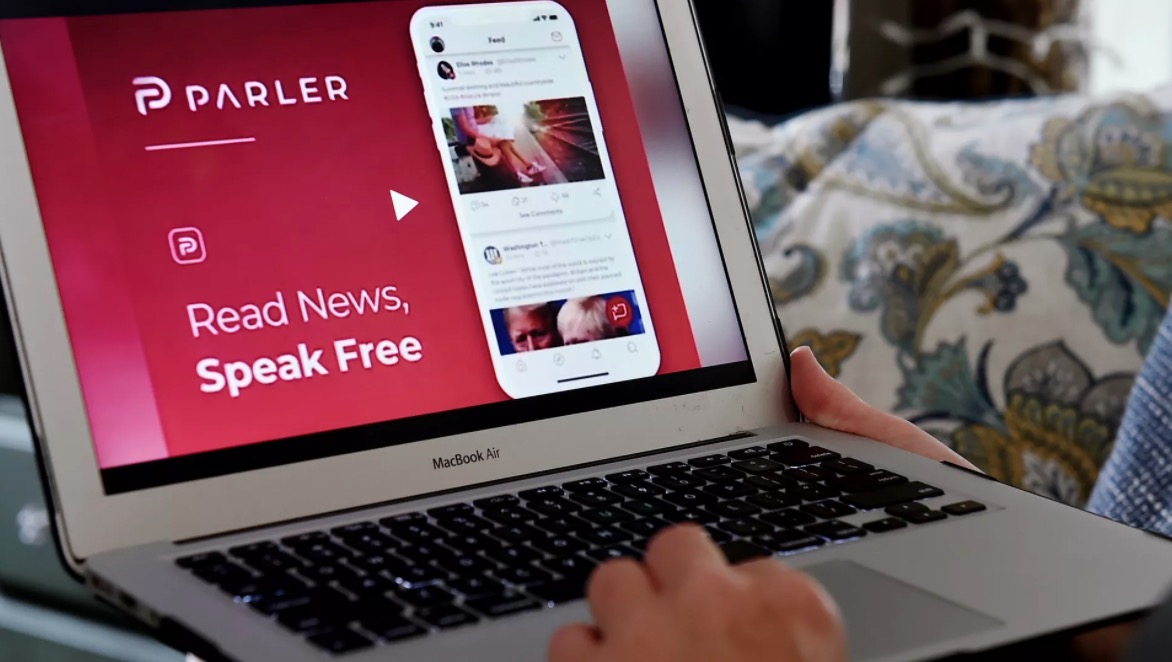 Gab, a notorious alt-right platform known as a cesspool of extremism, took shots at competitor Parler after it was removed from the Amazon Web Services platform. Parler, which saw a spike in users and attention after Twitter banned the account of President Donald Trump, went offline on Sunday night.

Gab CEO Andrew Torba has frequently taken swipes at Parler, dating back to early 2019 when few had heard of the latter Platform.

“Another: here’s what happened when every major mainstream conservative influencer shilled Parler for a month straight in December,” Gab tweeted in May of 2019. “150k total visits followed by a tank in traffic. Gab gets 5.5m visits a month. Why? We build for The People and out of principle. It’s that.”

On Sunday, Torba issued an icy tip to Parler in light of their removal from Amazon, recommending the platform “buy your own servers,” and “start from scratch.”

Gab appeared to rub salt into the wound in a post on Twitter Monday, inviting Parler users to join Gab.

“We welcome John Matze, Dan Bongino and everyone on Parler to speak freely on Gab while they work to get the platform back online,” Gab tweeted. 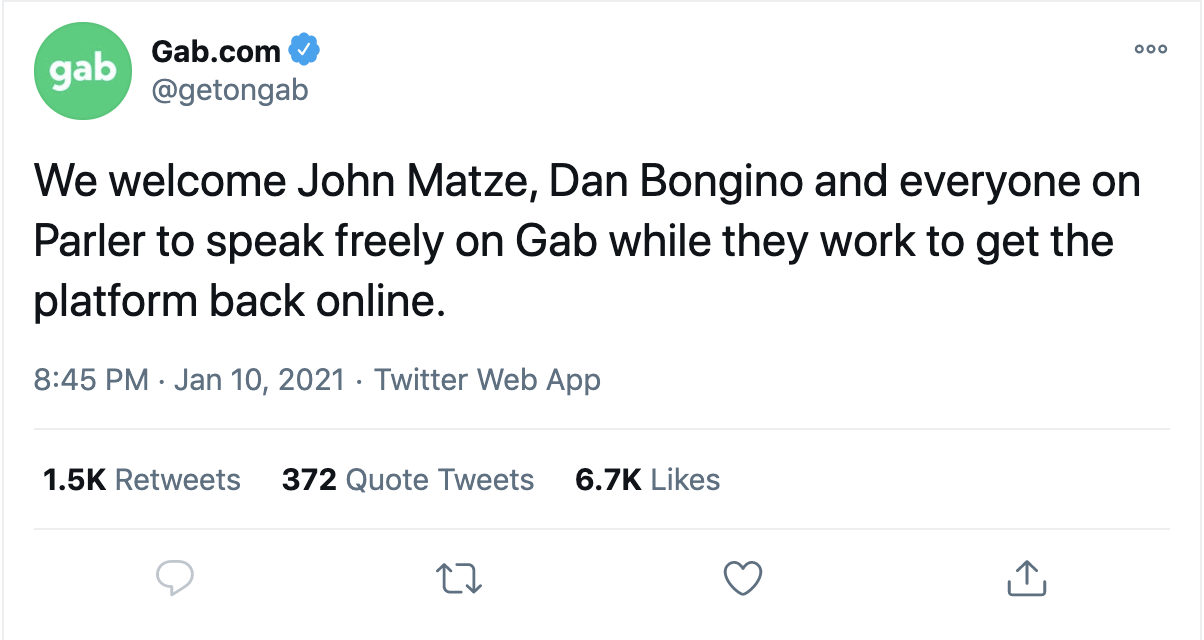 Parler co-owner Dan Bongino, just an hour before his platform crashed on Sunday night, responded to the shots Gab had taken at Parler.

“I have kept my mouth shut but this is getting ridiculous. I have zero beef with Gab. I don’t know the owner of Gab, and I’ve never met him,” Bongino wrote. “Yet, for month now, Gab’s owner has relentlessly attacked Parler and me with dopey nonsense.”

When contacted by Mediaite, Bongino declined to address questions about the spat between Parler and Gab.