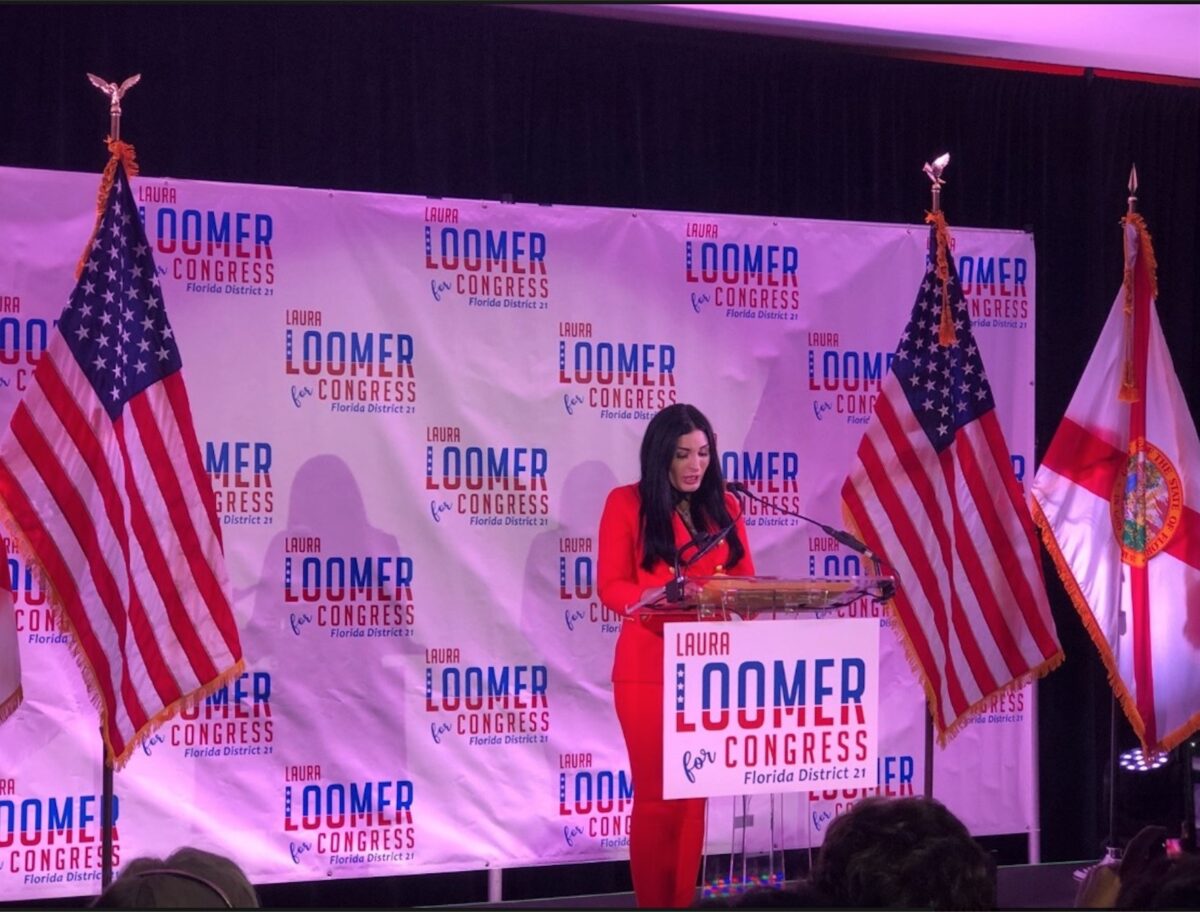 A Washington, D.C. nonprofit group asked the Federal Election on Thursday to determine whether Twitter and other tech companies are making a contribution to political candidates when they allow them to use their services while banning their political opponents.

In a letter addressed to the commission, the American Principles Project’s Government Affairs Director Jon Schweppe asked the commission to issue a ruling with respect to Laura Loomer, who on Tuesday won a primary election to become the Republican Party’s House candidate in Florida’s 21st congressional district.

Loomer has been banned from a series of platforms over anti-Muslim comments and other various offenses. Loomer has called herself a “proud Islamophobe,” called Muslims “savages” and pushed the conspiracy theory that the Las Vegas shooting was tied to ISIS. She was banned from Uber after she complained about her inability to find a non-Muslim driver.

“Due to past controversial comments she has made, Loomer has been banned from using the services of a number of tech companies and platforms, including Facebook, Twitter, Instagram, Uber, Lyft, PayPal, Venmo, and Medium, among others,” Schweppe noted in a letter to the FEC.

“Under normal circumstances, it would arguably be well within these companies’ rights to take this action,” he added. “But given that Loomer is now a major party nominee for U.S. Congress, a reassessment may be warranted.”

Schweppe asked Democratic FEC Commissioners Steven Walther and Ellen Weintraub and Republican Commissioner James Trainor to say whether any of those companies had been listed on Democratic incumbent Rep. Lois Frankel’s campaign filings “as having provided an in-kind contribution” related to the services they provide.

“Facebook, Twitter, and Instagram would appear to pay all costs associated with the hosting and distribution on their platforms of election-related materials” provided to Frankel, Schweppe argued. “Does this practice violate campaign finance law?”

Democrats on the commission have voted unsuccessfully in the past to apply FEC rules to candidates’ social media accounts, including Twitter. Those votes failed, with Republicans voting against taking such action.

It may take some time before the commission responds to the latest inquiry. The commission requires four votes to issue an advisory opinion, but three of its six seats are presently vacant. The president must appoint — and the Senate must confirm — any new commissioners.

Schweppe asked the commission to issue a broad-based ruling in response to his request, writing, “More generally, is it the opinion of the FEC that social media companies may agree to materially contribute to political campaigns by freely distributing campaign-related messages and advertisements for some political candidates while categorically refusing to do the same for others?”