Hillary Clinton Talks With Howard Stern About What it Was Like at Trump’s Inauguration: His Speech Was ‘Bizarre’ 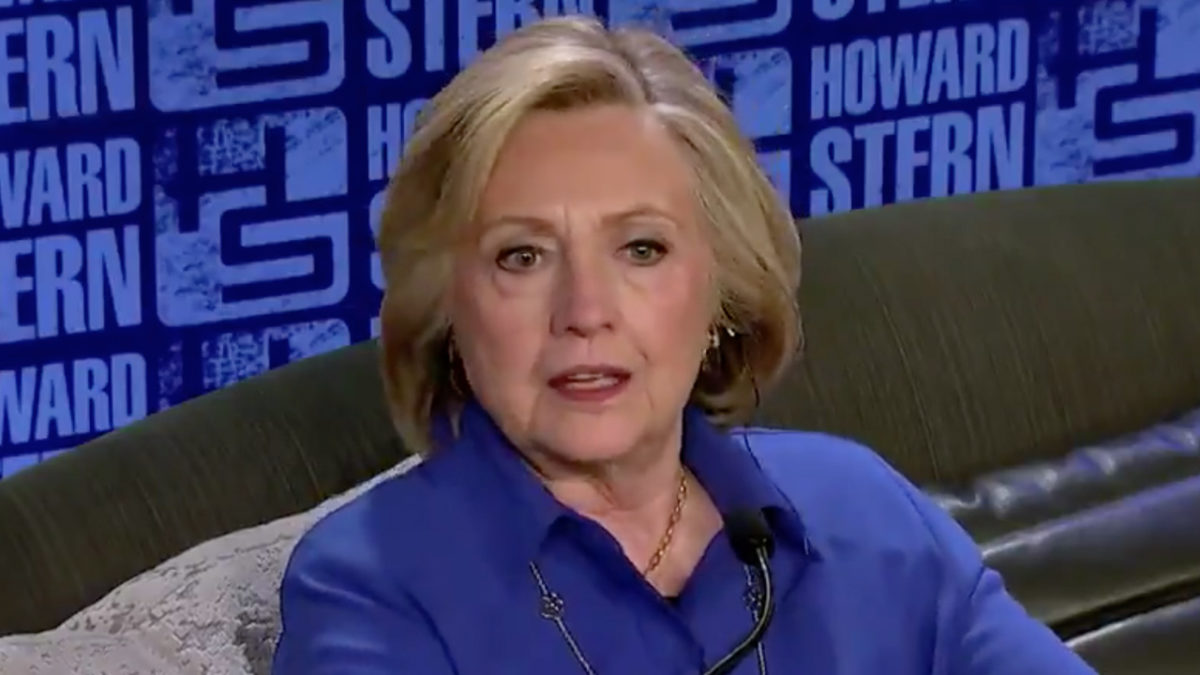 Hillary Clinton spoke with Howard Stern today about losing in 2016 and when she was at Donald Trump’s inauguration months later.

After hearing President Trump’s inauguration speech, @HillaryClinton says she began to get nervous. And it sounds like she wasn’t the only one. “George W. Bush says to me, ‘Well that was some weird sh-t.’” pic.twitter.com/BOlOHaLpER

She said it was “one of the hardest days” of her life, and Stern admitted, “I was thinking about you that day. I was watching you more than I was watching Trump.”

He brought up how she won the popular vote before going back to the inauguration and remarking, “I would imagine you were on anti-depressants that day.”

Clinton said she was “crushed” and “really surprised” by the election results, telling Stern that she felt an obligation to go to the inauguration as a former first lady.

She called Trump’s speech “bizarre” and said, “That’s when I got really worried… It’s not what a president does. A president is supposed to try to reach out to people who weren’t for him or her. You’re supposed to say, ‘Okay, I’m gonna be the president of everyone.'”

Instead, Clinton said she was stunned by his remarks and again confirmed that George W. Bush’s reaction was, “Well, that was some weird shit.”

You can watch above, via SiriusXM.