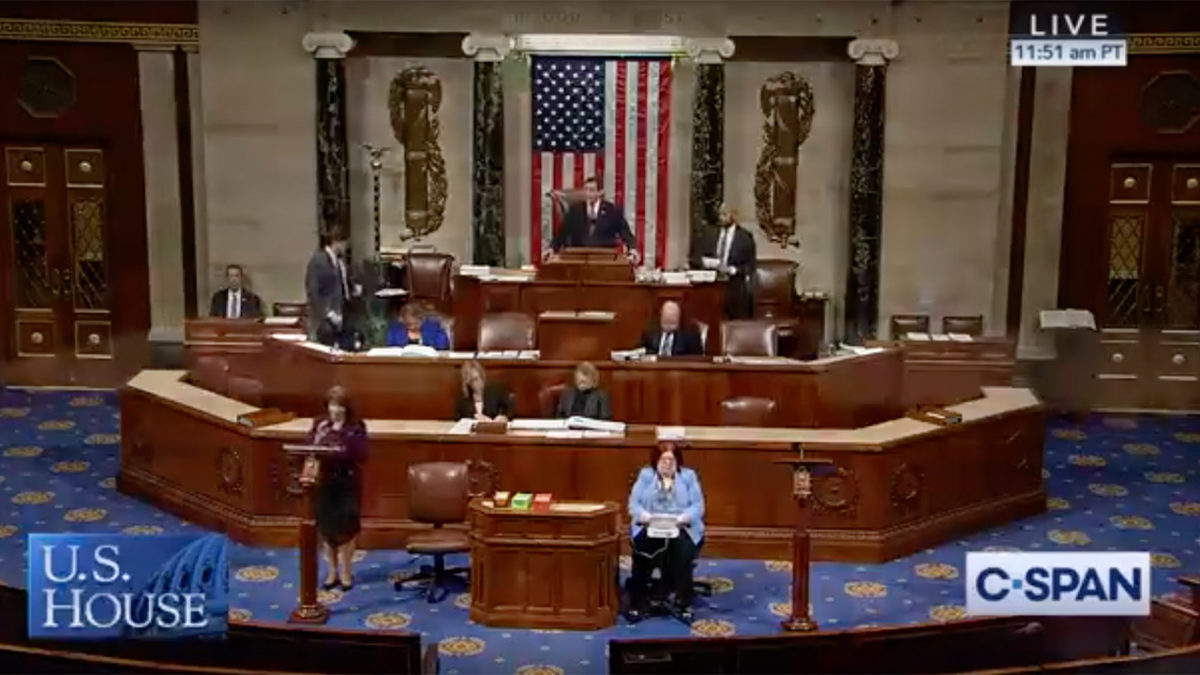 The House of Representatives has overwhelmingly voted to recognize the Armenian Genocide, in a historic move and rebuke of Turkey.

The resolution passed in a huge 405-11 vote earlier tonight, recognizing the slaughter of 1.5 million Armenians in the Ottoman Empire a century ago.

As noted, there were 11 members of Congress who voted no, while three voted “present.”

CNN received a statement from Omar’s office defending her vote, saying, “I believe accountability for human rights violations — especially ethnic cleansing and genocide — is paramount. But accountability and recognition of genocide should not be used as cudgel in a political fight. It should be done based on academic consensus outside the push and pull of geopolitics.”

Omar’s office has sent this statement to CNN explaining her present vote: pic.twitter.com/Gpj198jx0p

The statement from Omar says a “true acknowledgement of historical crimes” needs to include “both the heinous genocides of the 20th century, along with earlier mass slaughters like the transatlantic slave trade and Native American genocide.”

Omar’s statement has gotten a lot of attention on social media tonight, receiving some serious criticism:

This is bullshit. The genocide is a historical fact, and regardless of why it passed today, it’s ludicrous to demand that a century-delayed resolution encompass every other atrocity known to humankind before it can gain approval. https://t.co/YsQL5QDhzp

Statement says genocide recognition should be “outside push & pull of geopolitics,” not “cudgel in political fight”

This ignores how *lack* of recognition isn’t neutral, is itself tied to Turkish state’s expensive fabrication & lobbying, & resulting “push & pull of geopolitics.” https://t.co/f7wcit5A31

Did… did Omar just ‘all lives matter’ the Armenian genocide https://t.co/4GsG54WKNP

This is a bizarre explanation https://t.co/R5q7i8hEhZ

Her “present” vote on the Armenian genocide resolution is a bit tough to square with that. Not to say there aren’t real politique reasons to avoid enraging Turkey, there are, and it’s why the resolution has died a thousand deaths. But that’s not usually Omar’s thing.

Omar’s done some admirable things but this is bullshit https://t.co/2Ot5etNfLF

This statement is really all over the place. Is it because of the role the relationship with Turkey played, or because it focused only on what happened in Armenia (???).

UPDATE — 8:22 pm ET: Omar defended her statement on Twitter, tonight saying “*Of course* we should acknowledge the Genocide” and “My issue was with the timing and context. I think we should demand accountability for human rights abuses consistently, not simply when it suits our political goals.”

?? This is classic “real politique!”

My issue was not with the substance of this resolution. *Of course* we should acknowledge the Genocide.

My issue was with the timing and context. I think we should demand accountability for human rights abuses consistently, not simply when it suits our political goals.