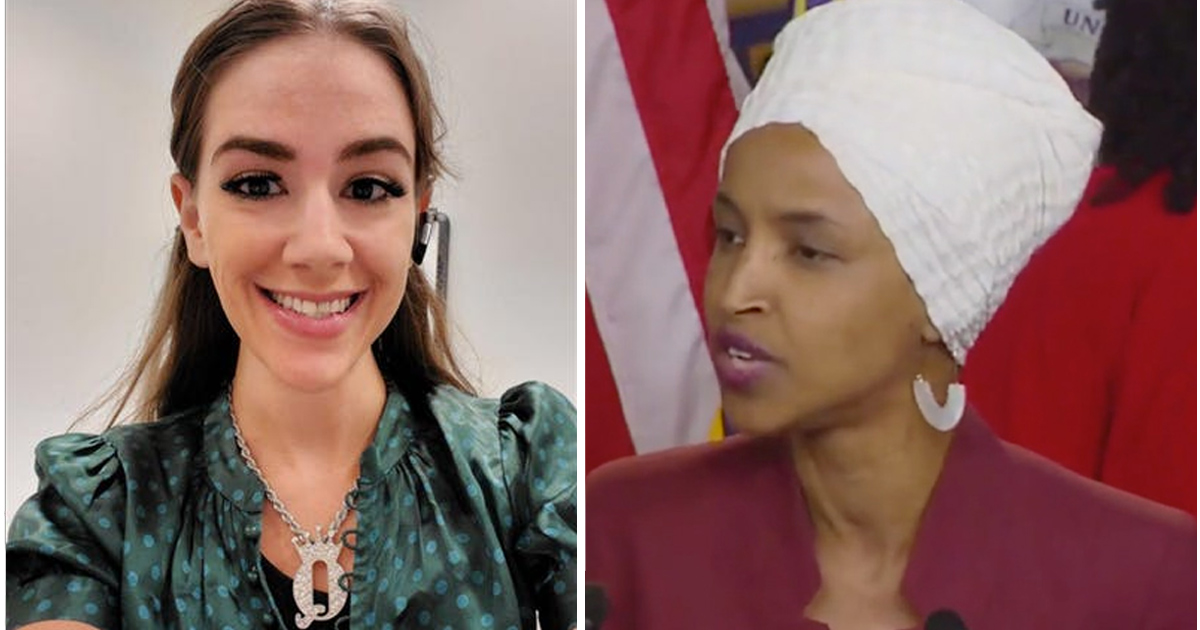 The candidate’s account, @2020MNCongress, was banned for tweets that said Rep. Omar should be “hanged” for “treason.”

Various users have shared screenshots of the tweets from the now-suspended account. Stella apparently tweeted that Omar should be “hanged” for “treason” if the QAnon conspiracy theory Stella was pushing about her were accurate. Then she later shared an article referencing her first tweet and included an ASCII drawing of a stick figure being hung. 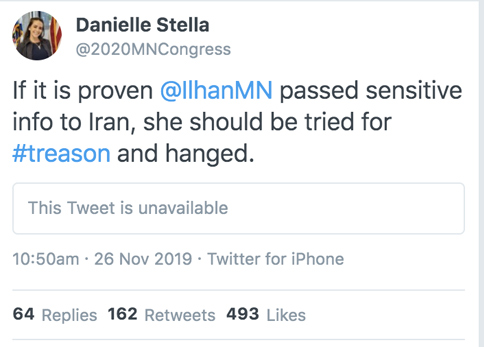 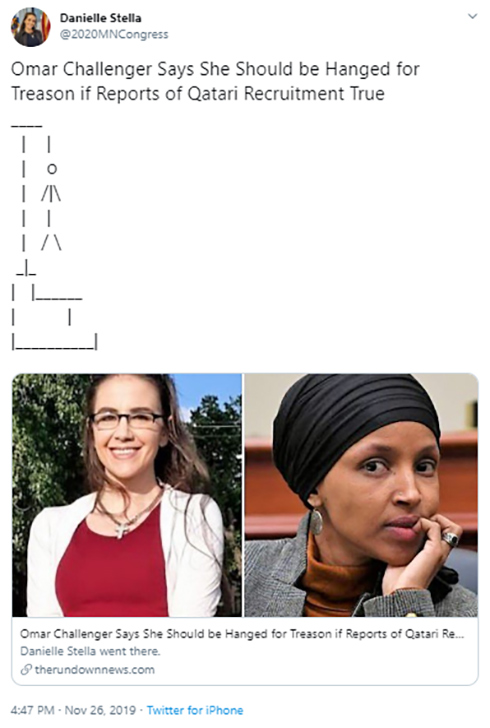 The Washington Examiner was the first to report on the suspension on Thanksgiving day.

The account has since been permanently suspended for repeated violations of Twitter’s rules, a Twitter spokesperson told The Washington Times on Wednesday.

“My suspension for advocating for the enforcement of federal code proves Twitter will always side with and fight to protect terrorists, traitors, pedophiles and rapists,” Ms. Stella told The Times when reached for comment.

The Guardian reports that Stella has had other recent issues, including having been arrested twice in just the last year for shoplifting. She maintains her innocence of the charges.

Nevertheless, despite the facts and details, some are treating the ban as evidence of election “tampering” by Twitter.