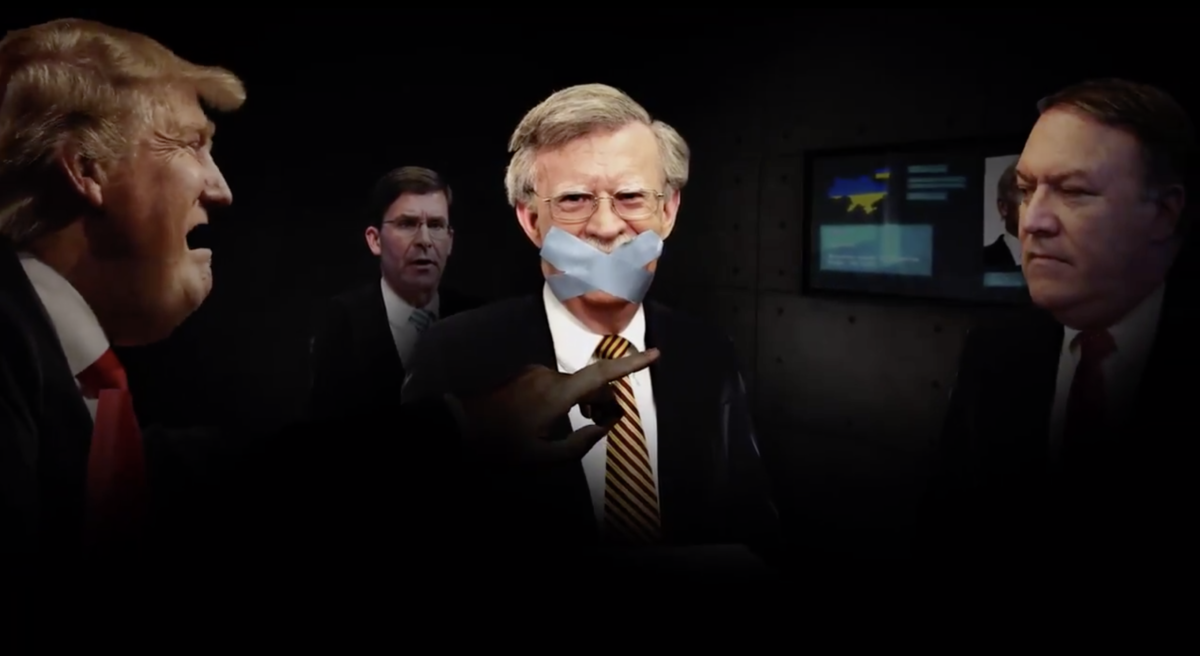 Republicans for the Rule of Law, a Republican organization, led by longtime Trump skeptic Bill Kristol released a new ad slamming President Donald Trump and Senate Republicans for not yet allowing former National Security advisor John Bolton to testify before the U.S. Senate.

“This is Ambassador John Bolton. He was national security advisor to President Trump. He was in all the meeting, in which the President’s national security team discussed withholding aid from Ukraine, in exchange for announcing investigations into the Biden’s,” the ad roles while picturing Bolton with tape over his mouth flanked by President Trump and Secretary of State Mike Pompeo – with Defense Secretary Mark Esper lurking over Bolton’s shoulder.

“Now, Ambassador Bolton has agreed to testify before Congress. He’s willing to do his duty, to tell the truth, are Senate Republicans willing to do their duty to listen?”

George Conway, a lawyer and steadfast voice of opposition against Trump – who is married to White House counselor Kellyanne Conway retweeted Kristol’s tweet featuring the ad. 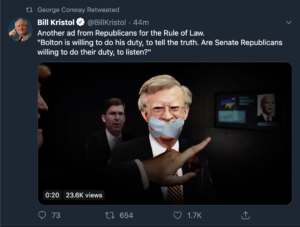 Speaker Nancy Pelosi is expected to send the passed Articles of Impeachment against President Trump to the U.S. Senate this week.