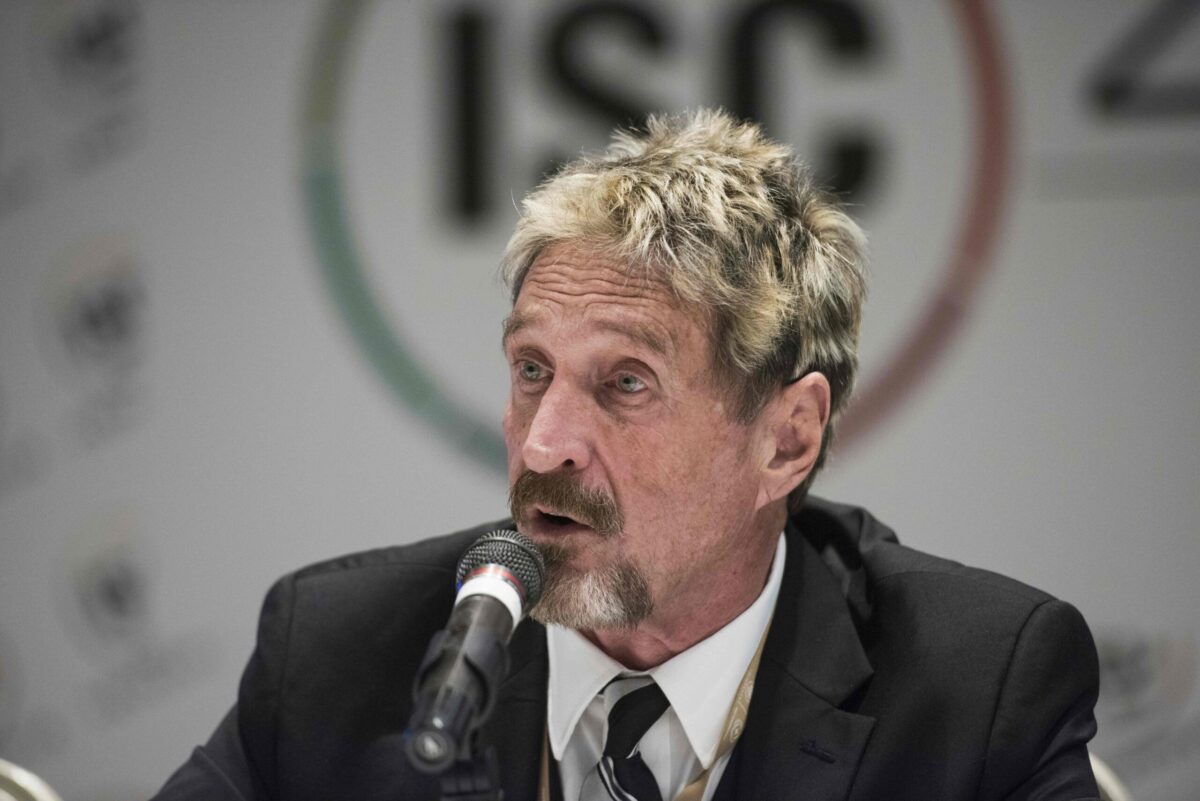 In a statement, FBI Assistant Director William Sweeney said the 75-year-old McAfee and an associate, 40-year-old Jimmy Watson, used social media “to perpetrate an age-old pump-and-dump scheme that earned them nearly $2 million dollars.” He also said they “allegedly used the same social media platform to promote the sale of digital tokens” from initial coin offerings (ICOs) for different cryptocurrencies without disclosing they had been paid $11 million to engage in those promotions. Filings in the case allege they took those payments in the form of bitcoin, Ethereum and other cryptocurrencies.

McAfee resigned from his eponymous software company, McAfee Associates, in 1994, seven years after its creation. The federal charges stem from the more recent years he has spent promoting different cryptocurrencies, also known as “altcoins,” on Twitter. Coins on that list have included Doge, Tron, Electroneum, and Verge, among others.

The seven-count indictment includes two counts of conspiracy to commit wire fraud; two counts of substantive wire fraud; and two counts related to securities fraud. Regulators have not classified most — if any — of the currencies that McAfee promoted as securities, so it isn’t clear how many of the charges will stick. If convicted, he and Watson face 60 years in prison.

Police investigated McAfee while he lived in Belize in 2012 for the murder of his neighbor, American expat Gregory Faull. He managed to flee to the United States, where he called Belize “a third-world banana republic” and accused authorities of fabricating the charge. He ran for the Libertarian Party’s nomination for president in 2016 and in 2020, but lost both years.

McAfee has been awaiting extradition from Spain since October, when he was arrested at a Barcelona airport. He was indicted by American authorities the same month on charges related to tax fraud.