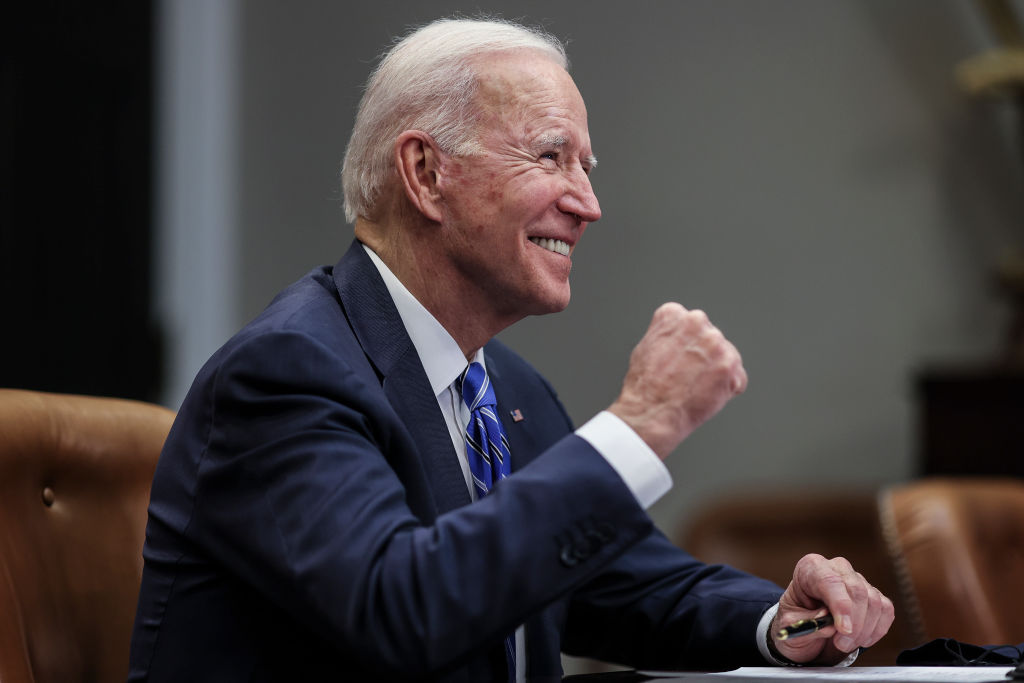 Support for President Joe Biden is at its highest level since he took office in January, according to a new survey.

Sixty-four percent of Americans approve of Biden’s performance, according to the survey, which was conducted by The Associated Press-NORC Center for Public Affairs Research and released Monday. Another 54 percent say the country is on the “right track,” the highest number of any AP-NORC poll since 2017.

Plus:
71% of Americans approve of his handling of the pandemic.
54% say the country is on the right track. pic.twitter.com/BFutsVD2li

The results come as the Covid-19 pandemic wanes, and after a $1.9 trillion stimulus package passed in March sent parts of the economy soaring. It also comes as Biden pushes Congress more than $4 trillion in additional spending, along with some new taxes to pay for it. The success of those agenda items could define the Democratic Party’s prospects heading into next year’s midterm elections, which have historically taken a toll on incumbent presidents and their supporters in Congress.

The survey was conducted from April 29 to May 3 and included 1,842 American adults, rather than likely voters, who tend to be more conservative. The margin of error was plus or minus 3.2 percent. Biden has enjoyed above-average marks in AP-NORC polls compared to other surveys since he entered the White House, including in the early “honeymoon” phase of his presidency when 61 percent of respondents said they approved of his performance.