The anti-Trump Lincoln Project quietly removed a page from its website that listed the group’s leadership team amid allegations co-founder John Weaver had engaged in sexual impropriety.

The change came after a Wednesday exposé by journalist Scott Stedman, who said he was one of many men Weaver had propositioned online. Stedman alleged Weaver contacted him on Twitter to ask if he could provide “advice.” After Stedman agreed, Weaver replied, “Your new hair color is hot! Keep it that way!! Look…smart, clever, handsome, hot…you have it all.” He subsequently asked Stedman to engage in a “joint venture,” which Stedman declined.

The Lincoln Project, a political action committee Weaver co-founded in 2019 to subvert President Donald Trump, did not respond to messages from Mediaite seeking to communicate. 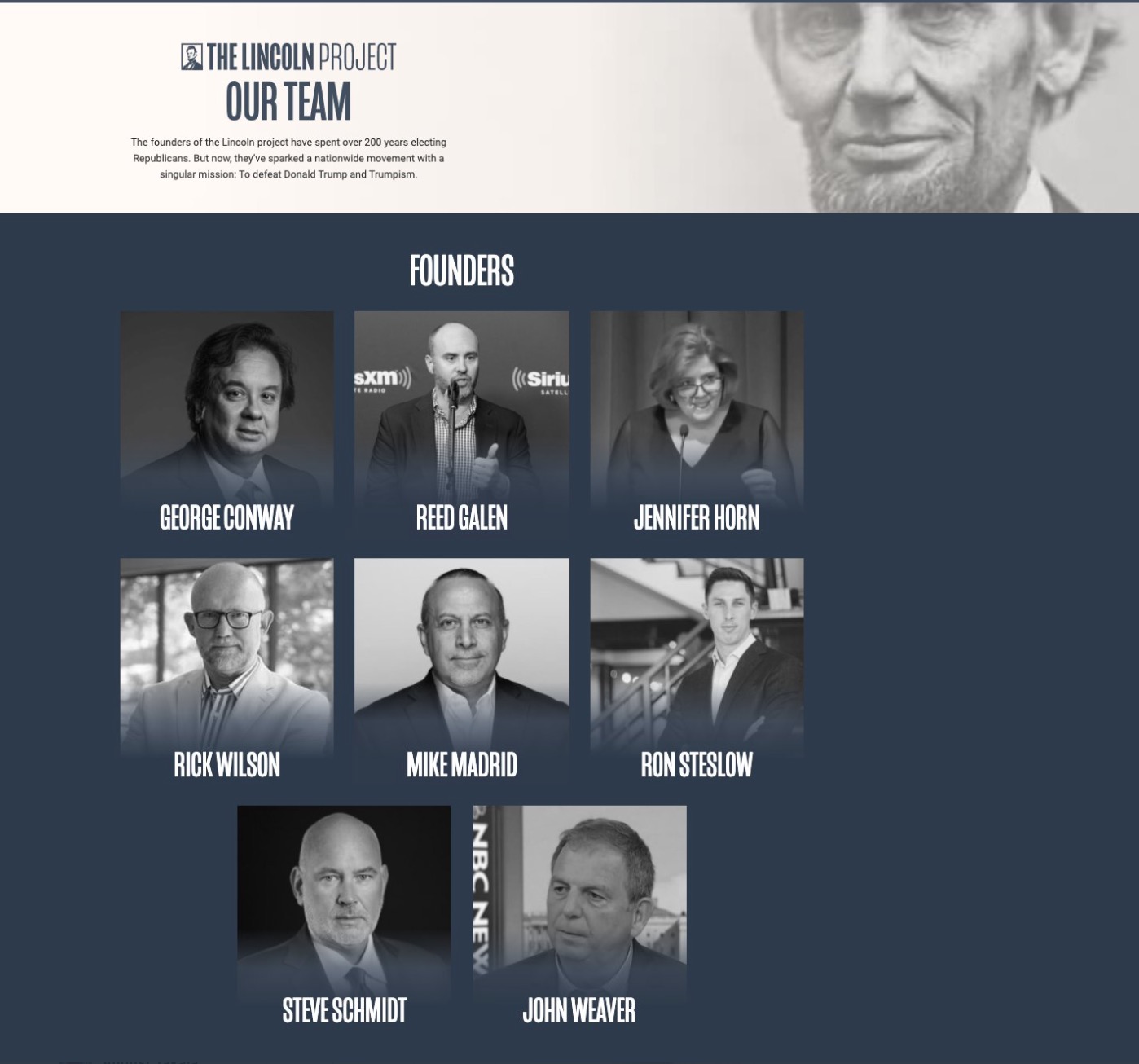 Stedman originally described his allegation on Twitter earlier this month, which he said prompted “dozens” of young men to contact him with claims they had received similar messages from Weaver. One of those individuals, named “Josh,” claimed to Stedman that Weaver “extended job opportunities while ‘HEAVILY HEAVILY’ implying that the work would be in exchange for sexual favors.”

“During a two-hour phone call John was insistent we meet in New Mexico in order to discuss job prospects,” the individual told Stedman. “Then as the offers began to get more extravagant regarding jobs and travel, it became clear that there was an expectation of sex. He told me he could get me a job anywhere I wanted, even with [French President Emmanuel] Macron’s people in France. He offered to take me to the Rothschild wineries.”

Stedman’s column came shortly after Ryan Girdusky, another journalist, alluded to the issue on Twitter and elaborated on the allegations made by Stedman and others in a column for The American Conservative.

Weaver, a 61-year-old political operative, worked on the late Sen. John McCain’s (R-AZ) presidential campaigns in 2000 and 2008, and on former Ohio Gov. John Kasich’s (R) presidential campaign in 2016. He married his second wife, Angela Hession, an aide to former New York City Mayor Rudy Giuliani, in 2007. An announcement in The New York Times described the two as meeting after Weaver moved to New York to “help the city with communication efforts” after the 9/11 terrorist attacks.