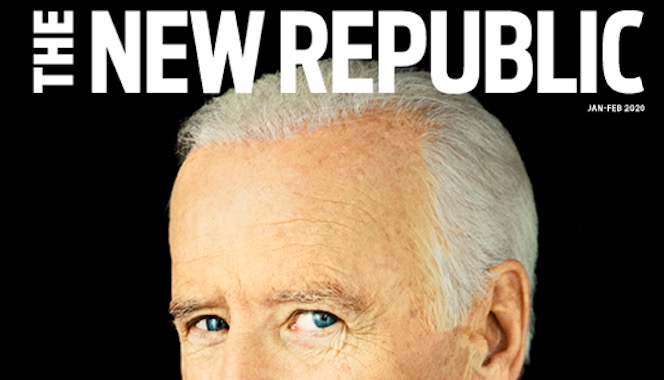 When Chris Lehmann became editor of The New Republic last year, he inherited a magazine that was somewhat rudderless. A series of tumultuous events — including but not limited to a disastrous four years under Chris Hughes’s ownership that resulted in a mass exodus of staffers who objected to the Facebook co-founder’s editorial philosophy — had left the liberal magazine in a weakened state.

But things now appear to have leveled out thanks to Lehmann’s stewardship. Over the past year, he has worked to reinvent The New Republic as a feisty political magazine of the left, adding new recurring features and hiring a number of gimlet-eyed political writers including Alex Pareene, Osita Nwanevu and Libby Watson.

Now, the magazine — first published in 1914 and owned by Tin House founder Win McCormack — is relaunching with a print and website redesign, and putting up a metered paywall to lure in new subscribers. The March issue will have a new look, while the website is to debut at the end of April, according to Lehmann.

Lehmann, who edited The Baffler before decamping to The New Republic, has also worked at Newsday, New York Magazine, The Washington Post, Congressional Quarterly and Yahoo. In a recent phone interview with Mediaite, he discussed his past year at The New Republic, his affinity for the magazine’s earlier issues, and the upcoming redesign. The conversation has been edited for length and clarity.

Mediaite: Tell me about the redesign and why you have decided to do it now.

There are a number of reasons. One is, we thought the magazine was due — when Chris Hughes purchased it, he embarked on a sort of half-completed version of a redesign, so as we pondered the options, we figured this was a good time to embark on a full-scale re-evaluation and redesign of the magazine and the website, which is scheduled to debut maybe at the end of April. [New Republic design director] Siung Tjia did a very good and sharp interim redesign that Pentagram was able to modify, which meant less work for them in the long run.

Aside from the look being updated, are there any more substantive changes that are going to be made to the magazine itself?

We did those ahead of the redesign thinking it would be better for the people taking [it on]. It’s a big project to redesign a magazine, so we did an interim re-envisioning of the front of the book, adding a couple of columnists — Kimberlé Crenshaw and Adolph Reed — and a bunch of new recurring features, including Kate Wagner on architecture and design and John Patrick Leary on the politics of language. [We also introduced] this floating sort of feature called “Oligarch of the Month,” where we write profile plutocrats.

You’re coming up on the end of your first year at The New Republic.

That is correct. I started last February, so it is a full year.

How has it been?

It’s been really good. We’re engaged fully with the national political debate, and who knows what’s happening in the Democratic primary season, but we’re trying to keep up. We have a bunch of new politics writers — Alex Pareene, Osita Nwanevu, Libby Watson, Nick Martin, and Melissa Gira Grant. We have a really top-notch team of writers covering national politics at a moment when national politics is the most urgent subject of the day. So I feel like we are sort of — I hate this expression, but, leaning in to The New Republic’s historic role as a forum for spirited liberal debates and political arguments as well as cultural criticism, which we’ve always excelled at. Laura Marsh, our literary editor, is doing a great job there. It’s been a very busy year, but a very productive one. And, of course, I could mention Walter Shapiro, who is our tireless, masterful campaign correspondent.

Are there any publications or places you have in mind when you think about this iteration of The New Republic?

Yeah, though I’d lean more toward Randolph Bourne and John Dewey, temperamentally — and Herbert Croly, of course, the original sort of intellectual founder of the magazine. I wind up quoting Herbert Croly a lot in my editor’s notes. What’s striking is the challenges that inspired Croly to write The Promise of American Life and launch TNR were things like the consolidation of industrial capitalism, and monopolies, and the question of mass immigration, and creating civic community in a mass culture that was growing at an exponential rate, and how a Jeffersonian model of liberalism could and could not rise to meet that challenge. With a lot of obvious caveats and updates, the same structural challenge holds true today. So I feel like we’re building on the magazine’s founding mission in a very direct way.

Anybody who’s been watching TNR over the past five or six years has witnessed a kind of tumultuous period for the publication, with Hamilton Fish, Guy Vidra — who you wrote about in The Baffler — Chris Hughes, Leon Wieseltier. Do you feel like things have evened out now?

I do. Obviously, I wasn’t here for a lot of the previous tumults, so I can’t comment on what it was like to be putting out the magazine and working here then, but I do feel like there is a kind of shared sensibility and an eagerness to get to the bottom of the core issues convulsing the political scene and the house of liberalism right now. I think we create controversy, but we’re very earnest in a way that I don’t think was always — I mean, my own first experience with TNR, kind of way back, was very arch and contrarian. The joke back then was you would hear pundits on talk shows say “even the liberal New Republic is coming out against the Clinton health care plan.” The magazine had been positioned, I think deliberately, as this sort of grown-up, know-it-all voice in liberal political debate.

And I’m not aspiring to revive that role. There’s much more up for grabs right now. Just looking at the enormous challenges raised by Donald Trump’s term in office, climate change, inequality — these are all issues where maybe the broad outlines of our policy direction are clear, but I would be lying if I had a Michael Kinsley-type, know-it-all answer to any of these questions. And we have to reproduce for our readers the same debates that are absorbing our own attention and making this political moment — as it truly is — a very urgent, very serious moment of reckoning. This is not a drill. And I think the staff shares that sense of urgency.

Speaking of past iterations of The New Republic, I remember when Jeet Heer wrote a long story on the magazine’s legacy on race. Do you feel like you need to content at all with some of the more unsavory aspects of TNR’s history, or do you not think about it?

No, our hands are full with the present challenges I was just describing. You know, there was a movie made about Stephen Glass, and those parts of the record are out there for anyone who wants to investigate them. But no, we’re a magazine of ideas and opinion very much keyed into this moment.

You worked at The Baffler before. Does this position feel substantially different?

Yeah. I love The Baffler — early in my career I happily worked for it without compensation. It’s always been a labor of love. But TNR has a kind of reach and prestige and earns authority in the marketplace of political ideas that is an important standard to uphold and maintain. So it is a different set of challenges. But I think, in liberal politics, we’re all in this moment of acute upheaval and uncertainty — so in that sense, any sort of intellectually honest publication is grappling with the same basic issues.

As part of the web redesign, we’re launching a bunch of verticals devoted to things like climate change and inequality. There’s a culture vertical and a national politics vertical where you’ll see more visually engaging and more thematically focused coverage of what we think are some of the most pressing issues of the day.